JOSH WARRINGTON: FIGHTING FOR A CITY – NEW FILM OUT SOON! 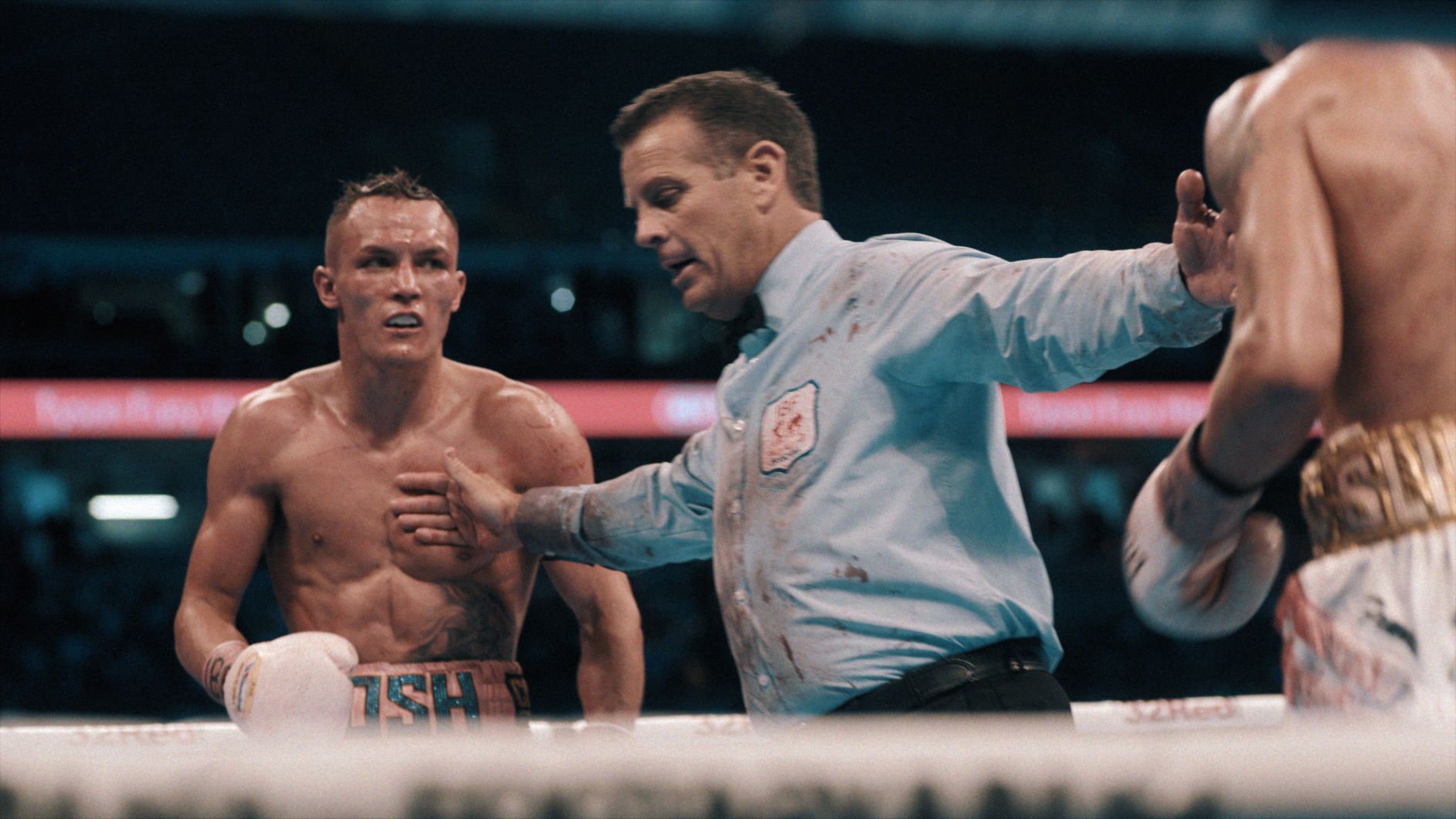 Josh Warrington has captured the spirit of a city. Thousands of supporters look to this young featherweight boxer to restore a sense of pride to Leeds and to become the city’s first man to hold aworld boxing title.

With the weight of expectation on his shoulders, and the doubts of the boxing media ringing in hisear, Josh’s focus is on repaying the faith of his fans by winning the IBF title against the favoured Lee Selby in at his home stadium, Elland Road.

Clip from the New film

From the makers of the critically-acclaimed Being AP, FIGHTING FOR A CITY is the story of a young boxer on the road to his dream – a world title fight in his hometown. On the way, we meet an extraordinary family, a father who defies the doubters to train his son, and the most passionate fans in boxing.

The film is set against the background of one city; Leeds. Half aspirational professionals and students, half austerity ravaged estates, Leeds represents the division within the United Kingdom today. Our boxer bridges the two because this is a city in need of a hero. Can he match and fulfil their hopes and dreams to become world champion?