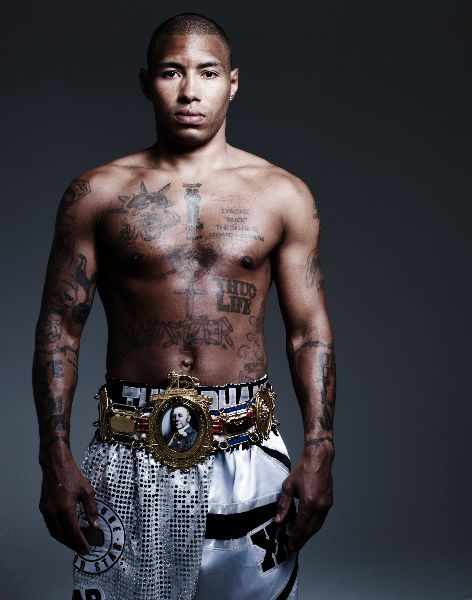 British Boxers In the Ring Q&A with: Ashley Theophane 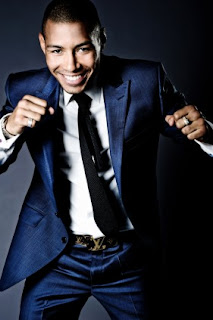 Former British light-welterweight champion Ashley ‘Treasure’ Theophane will take on Chris Truman in his next fight on the undercard of Ricky Hatton’s return at the MEN Arena in Manchester on November 24.
The clash with Truman, from Birmingham, will be Theophane’s second fight since losing his Lonsdale belt to Darren Hamiltonin May.
The Londoner was expected to meet Venezuela’s WBA world number six ranked Johan Perez, but that fight fell through.
After the loss to Hamilton, Ashley bounced back quickly with a points win over in America against Ronnie Warrior Jr, in August and he is ready to take the Treasure show back on the road. he has been speaking to a promoter in Mexico and he has been offered the chance to fight there, with the Perez fight still a possibility after this one.
But he must first dispose of Truman, who lost to Daws on points earlier this year but produced a performance which suggested he should not be taken lightly. “I don’t know that much about Truman but he lost a close decision to Lenny Daws and many ringside observers felt he should have won that,” Theophane said.
“That tells you he’s a decent fighter and I’m going to have to be 100% on my game to beat him, which I will be.
“I’m looking to get the victory and then push on in 2013. If I can get a knockout then great, but the main thing is getting the victory.”
We caught up with Ashley this week to do our ‘In the Ring with’ interview with him for his Boxing Profile page on BritishBoxers. 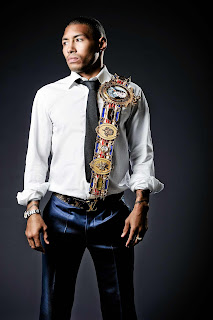 In the Ring Q&A – with Ashley Theophane

Ashley how did you get into boxing?
I used to watch boxing with my father. He is a boxing fan. My love grew from that. I wanted to try out this sport I enjoyed watching. My parents where not keen but for a couple years I kept asking and they got tired of saying no. They let me try it hoping that I would not like it but I loved it and it has been my passion ever since.I’ve met some great people all over the world through boxing.
Who/what inspired you in the beginning?
Watching Mike Tyson become the youngest Heavyweight champion of the world lit that flame that burns inside me. The glitz and glamour of the big fights in America has always been something I wanted to be part of. That is still my drive. My best performances have come in America, beating two time world title challenger Delvin Rodriguez and former world champion Demarcus Corley. I dropped a split decision to current world champion Danny Garcia, winning on one of the scorecards and losing by one round on the other judges scorecard.

Best advice you were ever given?
I can be whatever I want to be. Coming from my background. That is not something we believe. As a kid I did not see a positive future for myself as I was surrounded by some much negativity. This is normal for many inner city kids. They have no hope. I wanted to leave a lasting legacy and that drove me and still drives me.

Where do you train?

I train at All Stars Boxing gym in London and Gleason’s gym in New York City.

Who is your coach?

My coaching team is Harry Keit, Jihad Abdulaziz and Dave Brown. That’s the A Team, right there.

What was your amateur back ground and record?

I didn’t do much as an amateur. I had under 50 bouts with a 50% win ratio. My love was always for professional boxing and that was always my drive.

Who was your first coach?
Mr Isola Akay M.B.E was my first boxing coach. He inspired an eight year old kid and made him believe anything is possible if he gave his all.

Going training camp with Dmitriy Salita I learnt loads about Judaism and lived on Kosher meals during camp. Which I enjoyed! That’s interesting to me as before meeting Dmitriy I never had much contact with Jewish people.

Craziest thing you’ve read about yourself?

I heard I was racist which was hilarious. My grandmother is from Dublin. My Grandfather is from Jamaica and my other two Grand parents where from Saint Lucia. I am what is great about the United Kingdom. Without immigration I would not be here. I love people whatever their race or sexual preference is.

Do you have a day job?

Boxing is my day job.

If you wasn’t a boxer, what would you like to be?
I would like to be a politician or be a leader of some sort. Inspiring and helping people to achieve their dreams and helping them make a better life for themselves. I’m a qualified Nutritionist, dietitian and strength trainer so helping people live a healthy lifestyle is something that also interests me.

Whats your best asset?
My work ethic and perseverance.

Life inspires me! You can be whatever you want. You just have to work hard to make it happen and believe in yourself. I have goals in and outside the ring which I am currently pursuing and closing in on day by day. Nothing is truly impossible. I am a testament to that.

Whats your Honey punch?
I have one of the best jabs in the world. That’s been said by many world champions and world rated fighters. I tend to agree with them.

Best opponent you have sparred with?
Joan Guzman has to be the best I’ve sparred. Such a down to earth fighter. He is one of the best talents of the last ten years, without a doubt. I’ve sparred nine world champions so far in my career and countless world rated fighters.

Best prospect you have seen?
I saw Elio Rojas when he was coming up the ranks in 2005. I got to spar many rounds with him. His manager was so impressed with me that he tried to sign me to his stable. I knew he would become a world champion.

Best fight you have seen live or on TV?

Ricky Hatton verus Kostya Tyzsu was action packed. I was ringside for that fight.

If you could be ringside for one fight next year which one would it be?

Any Floyd Mayweather fight. I was ringside at his gym for a couple weeks during his preparation for Miguel Cotto. He is a genuine nice guy and inspirational to many fighters worldwide.

If the phone rang this afternoon with a Big fight offer, who would the opponent be and where? The two venues I want to fight at are Madison Square Garden and Las Vegas. Fights with Brandon Rios, Andre Berto, Lamont Peterson and Marcos Maidana are fighters I want to face. I want to fight the best of my era.

Best and worse thing about the boxing game?
The boxing politics and corruption is definitely the worst part of boxing. Your hard work paying off is the best thing about boxing. There is no feeling like being successful at what you do.

How do you deal with your pre-fight nerves?
I don’t do fight nerves. It is pointless and a waste of energy. That is why I train so hard. When I get in the ring I have faith in my ability so I expect to win barring some controversy.

Best friend in Boxing?
Dmitriy Salita, Ajose Olusegun and Francisco Figueroa are my best friends in boxing. I have met countless others who have been there for me and supported me through testing times.

What rule would you introduce/change in Boxing if you could?
Only one world champion in each weight weight class. There are too many champions with this super, regular and interim champions.

Most memorable Gym moment?
Watching Floyd Mayweather training in Las Vegas was Inspiring and motivational to me

Training hard is easy, dropping weight is the hard part that requires discipline in order to stick to a healthy eating plan.

Toughest Opponent you have faced?

Ali Oubbali was one tough fighter. Getting through ten rounds of that punishing bout taught me what I had to work on to become one of the best and it proved to me that I had a heart big enough to become a champion. watch that fight here

Other Sports?
I enjoy watching Ironman and Triathlon competitions. It is amazing what the human body can push itself through. The mind is so important and when we push our boundaries, the possibilities are limitless. Swimming and Tennis also interest me.