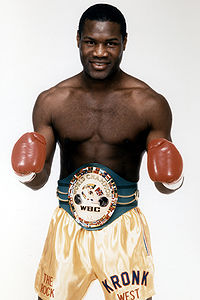 As fight fans all over the world will surely know, legendary trainer and corner-man Emanuel Steward passed away last month, and he was laid to rest in Detroit, the city he became synonymous with, yesterday.

A number of boxing greats Steward worked with were in attendance to say goodbye to the 68-year-old “Godfather of Detroit boxing,” but (in reports I have read), one great fighter Steward worked with was not present. Britain’s Dennis Andries, “The Hackney Rock” is the teak-tough fighter in question, and it is perhaps not all that surprising that the three-time light-heavyweight ruler was not in attendance in Detroit; as Andries basically disappeared from public view once his amazing career came to its conclusion back in 1996.

Seemingly living the life of a man who has no need at all for the spotlight (surely, Dennis, if he so chose, could regularly pop up on shows such as Sky’s Ringside, or Steve Bunce’s Boxing Hour on BoxNation?), the retired warrior who is now approaching his 60th birthday is nevertheless remembered by those fans who saw him fight.

And Andries will surely never forget Emanuel Steward, the man who dramatically turned his career around; even saved it. No doubt, the future for Andries looked as bleak as can be in the moments after his brutal demolition at the hands of Steward’s star fighter Tommy Hearns.

The two had met in March of 1987, with Andries defending the WBC light-heavyweight belt he’d captured the previous April. J.B Williamson and Tony Sibson (who challenged Dennis before Hearns did) may have been overwhelmed by the Guyana-born slugger, but “The Hitman” was a different proposition altogether – as Andries found out inside The Cobo Hall that March evening. Though he was moving up from middleweight for the challenge (Hearns, of course, was first a champion down at welterweight), Tommy totally outgunned Andries, dropping him several times and hurting him several more times. Andries’ amazing courage was on display as usual, but he was totally outclassed by the lanky superstar who had the ability to punch like a light-heavyweight yet still box and move like a light-middleweight.

A lesser man would have walked away from boxing after being given the ten-round beating Dennis was the recipient of. Yet Dennis Andries was not just any fighter. Shortly after the drubbing, and after paying a desperate visit to The Kronk gym and asking an impressed, perhaps even shocked Emmanuel Steward to train him how to fight and mould him into a world class boxer, Andries began a genuine Rocky-like comeback. Initially being a subject of derision, Dennis eventually earned the respect of everyone at Kronk; his sheer determination and toughness winning the regulars over.

Now based fulltime in America, he was went on to score five post-Hearns wins under Steward’s tutelage; having become a much more polished fighter. A close points win over the highly ranked Bobby Czyz earned Andries a shot at his old belt (the WBC crown having been vacated by Sugar Ray Leonard) and Dennis went on to crush the undefeated Tony Willis inside five-rounds – the February 1989 win coming less than two years after Hearns had almost decapitated him! It is due to this six-fight winning spell alone that Andries deserves to be rated as one of Britain’s special fighters; yet he was to go on to become a three-time light heavyweight champion.

Dennis, though, never got his due acclaim then (after having beaten Willis, and winning the WBC title for the second time, Dennis reportedly rode home alone on the subway in London, his belt in a carrier bag. Conversely, Frank Bruno, who had been smashed by Mike Tyson around the same time, received a hero’s welcome upon his return from the U.S for lasting into the fifth round.) and though hard-core fans remember him, Andries isn’t the legend he should be today. Probably best remembered for his must-see three fight series with Australia’s Jeff Harding – these fights up there with the most gruelling and punishing ever seen in the 175-pound division – Dennis’ time as a world champion came to an end after the rubber-match with the Aussie tough guy.

Losing a desperately close decision in September of 1991, on home soil in London at that, Dennis lost the series (having previously travelled to Australia, in 1990, to stop Harding in a return of the 1989 battle he’d lost by TKO). Britain’s toughest light heavyweight soldiered on at domestic and European level (winning ten, losing five) before hanging up the gloves in 1996, after a TKO loss to Johnny Nelson. One of Steward’s less recognised masterworks, one of the Kronk gym’s lesser known legends, Dennis Andries surely deserves to be inducted into The Hall of Fame one day. Andries’ final record reads – 49 wins 14 defeats 2 draws with 30 wins by KO. Three-Time WBC Light-Heavyweight King.