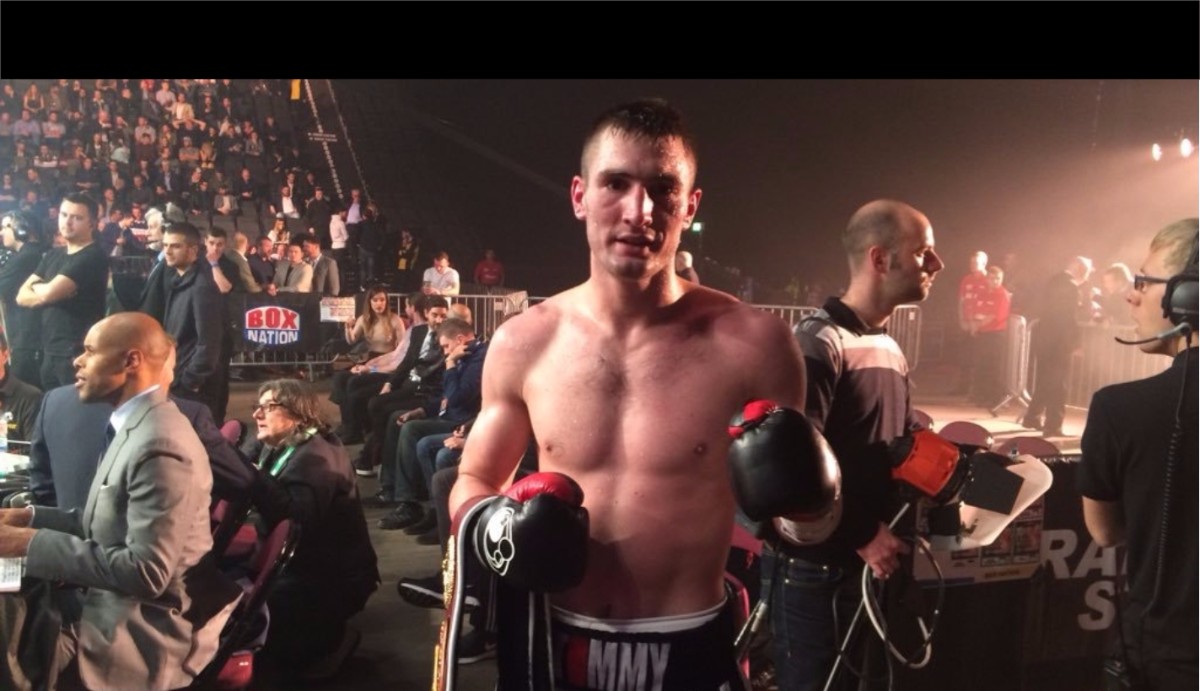 The Bideford-born, Queensberry Promotions star defended his title for a second time over 10 rounds against the worthy challenger from Bialystock, resulting in the third stoppage in his last four fights, capping off an amazing year for the 26-year-old prospect that has seen him reach the top five in the British and WBO World rankings.

Trained by Tom Chaney at his Hall Green Gym in Birmingham, Langford vowed to reward his travelling fans with a spectacle and he certainly delivered on that promise.

The 26-year-old dominated from the first bell, using his swift, stiff jab to good effect. On the minute mark Langford scored a sweet uppercut and looked to work the body early on in what was an incredible opening round for champion.

A straight right hand through the guard landing bang on the button in the second round saw his European counterpart hit the deck but remarkably no knockdown was given.

He continued the pressure with rib-rippling blows coming close to stopping the contest on a couple of occasions, drawing comparisons to former WBC World middleweight champion, Richie Woodall from the commentators.

In round three, Langford visibly upped the pace throwing an impressive variety of punches with plenty of pop in them.

Despite the success, Langford continued to use the double jab to good effect throughout even tripling it in the final seconds of the round.

In round four, Langford hurt Swierzbinski early on and referee, Terry O’Connor gave a standing eight count shortly after when the Pole briefly took a knee before getting up instantly only to be met with two right hooks from the assiduous Brummie fighter, all inside the first minute.

Midway through the round, Langford took a couple of flush shots from Swierzbiniski, one right hand and a left jab, in his hurry to get him out of there but 30 seconds later, the relentless pressure saw two crushing right hands floor the man from Poland.

The punch-perfect performance continued into the fifth round with trademark crippling body shots that visibly hurt the 33-year-old travelling opponent causing referee O’Connor to step in and stop the contest.

Langford told the BoxNation cameras post-fight, “In the first round, I was a little bit tense but once I settled down I started breaking him up.”

He admitted, “I’m never going to be a one-punch knockout artist, but I’ve improved on my strength and it’s really become an asset.”

The ardent West Bromwich Albion fan nicknamed the Baggies Bomber achieved his goal of beating Swierzbinski in a quicker time than Chris Eubank Jr. managed back in May 2014 when he stopped the same opponent in round seven.

Langford’s next outing will be held at the Echo Arena Liverpool on February 13th on the undercard of Derry Mathews WBO World lightweight title shot at champion Terry Flanagan in a Liverpool v Manchester derby.

In the main event on the last weekend before Christmas, Britain gained its 12th World champion in Billy Joe Saunders (23-0), defeating Irishman Andy Lee (34-3-1) on points, scoring two knockdowns in round three.

The upset of the night was Mitchell Smith (13-1) losing on points to challenger, George Jupp (13-2) who took the ‘Baby Faced Assassin’s’ unbeaten record as well as his WBO Intercontinental super-featherweight title with scores of 94-98, 94-96 and 93-97.

Jack Catterall (14-0) defended his WBO Intercontinental super-lightweight championship against Noe Nunez (15-3-1) with a third round TKO.

Tom Stalker (10-1-3) just couldn’t get the better of Craig Evans (14-1-2) with scores of 95-95 resulting in a second stalemate between the warring pair in their rematch for the vacant WBO European lightweight championship.