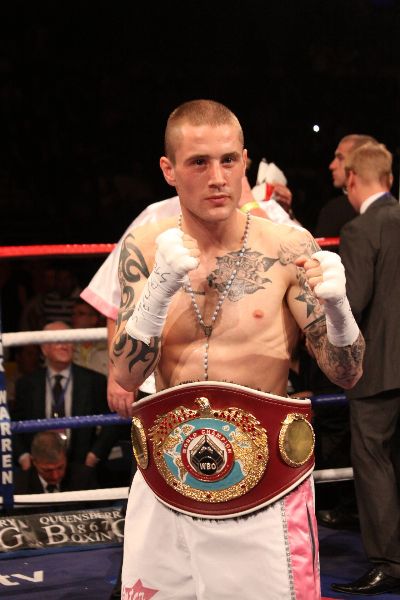 Ricky Burns will not fight as planned this weekend after a suitable replacement opponent wasn’t found in time following Jose Ocampo’s withdrawal from the WBO world lightweight title fight set for the Excel Arena this Saturday.
The show still goes ahead with some good fights including George Groves facing former world champion Glen Johnson and the British middleweight title fight between Billy Joe Saunders and Nick Blackwell.

But having the lightweight world champion off the bill is a real blow to fans and everyone involved, no one more so than Burns himself, who although disappointed is said to be philosophical about it.

“Ricky will not fight this weekend,” Alex Morrison, Burns’ manager told STV. “We couldn’t find an opponent for him to fight.

“We’re looking at January 26 for the next title defence and hopefully that will take place in Glasgow,” Morrison revealed.”Ricky has taken a week off and then he will return to training.

Filipino southpaw Ocampo, himself a replacement for Liam Walsh, withdrew from the fight this week after the death of his trainer. Attempts were made to line up another late replacement in former British lightweight champion Derry Matthews in a non title fight.

“He’s philosophical about it, it’s just a sequence of events and these things happen.”

“He (Mathews) was offered a 10-round fight but decided not to take it.” added Morrison.
But Mathews when speaking to BritishBoxers today, said; he had turned down an offer of £15,000 for a fight with no title on the line, an offer Mathews said; “He wouldn’t get out of bed for..”
“I said come back with a better offer than 15k which was an insult, you get that to fight for the British title and Ricky is world class and I am stepping in with just four days notice and wasn’t allowed to win the title.?
“If the title was on the line, I’d have considered taking it. But I’ll be ready in January, If he wants it then I’ll be ready.” added Mathews.