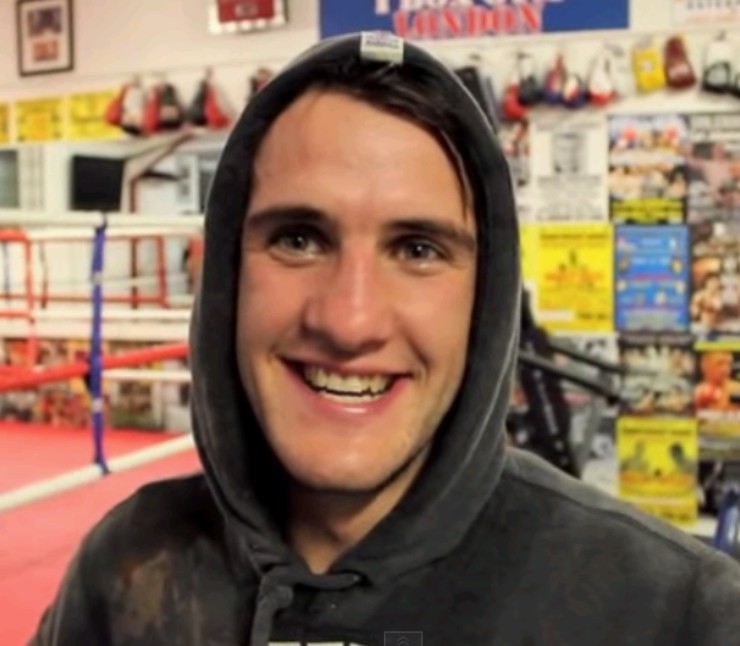 IN DEPTH WITH ADAM DINGSDALE

Expect a battle of the ages when local veteran Derry Mathews locks horns with rising Adam Dingsdale over 12 rounds for the WBA Continental lightweight belt at Liverpool’s Echo Arena this Saturday.

Mathews, of course, is a time served Scouse ring legend, whose 46 fight CV is garnished with the WBU featherweight and British and Commonwealth lightweight titles.

The man they call ‘Dirty’ is not only one of the most decorated fighters in the 135lb division, he is also one of the most exciting. However, well into his 32nd year, there is a strong swell of opinion that he might come unstuck against ‘Dingsy’ this weekend.

The 26 year old has lost only to Dublin’s world rated Stephen Ormond in 13 pro starts and will arrive fresh, frisky and full of ambition to gatecrash the major title mix. Scalping Mathews will provide a welcome shortcut.

The oddsmakers enlist Dingsdale at a competitive 2-1 underdog. Several knowledgeable pundits expect this fight to steal the show. read more about this show.

Born: St Helens, between Liverpool and Manchester. All my family are originally from up there but we moved south when I was about eight. I had a proper northern accent but lost it pretty quick cos all the kids at school took the piss!

Family background: I’ve just got one older brother who’s an actor in the theatre. Dad was always a huge fight fan but I was the first in the family to actually box. Today, I live in Hoo, a little village in Medway. I’ve a girlfriend but no children yet.

Trade:  I work full time as a roofer.

What age did you become interested in boxing and why?

I’ve been a fan for as long as I can remember. I first got hooked watching the Rocky films, then became a huge fan of Prince Naseem (Hamed). I started out kick boxing because there was no age limit, then joined the amateur boxing club as soon as I was able, at the age of 10.

What do you recall of your amateur career?

I boxed my entire amateur career at the local Brompton club, coached by Billy Beck. I really enjoyed the laughs we had travelling away on the mini bus. There were times when we didn’t even have a gym and had to train in squash courts. However, despite offers to go elsewhere. I always stayed loyal.

I probably had about 70 bouts and lost about 12. I went in the schoolboys and junior ABAs and I’d often get to the quarters or semis. When I was about 18, I won the national CYPs beating Delroy Rogers from Kettering in the final. That has to be my highlight in the amateurs.

In the seniors, I went in the ABAs quite a few times but the best I managed was the semi finals. I got beaten by (future Commonwealth title challenger) Samir Mouneimne. In the other semi, Stephen Smith fought Liam Walsh. Good crop that year!

I also boxed four times for England but only won once, against an Irish kid. I made my debut against a real quality American called Richard Baltazar in London. I fought twice in a week against a French kid, losing by two points on the computer both times. Second time I was robbed!

Why did you decide to turn pro when you did?

I think 23 was the right age. I got sick of computer scoring, losing when I’d pissed the fight. I needed something new and exciting.

Tell us about your back up team:

I don’t have a promotional deal but I’m managed by Steffy Bull from Doncaster and coached by Alan Smith and Eddie Lam at the iBox gym in Bromley.

My good friend Joe Elfidh is from Doncaster and arranged for me to go up to Steffy’s gym to spar (future IBF/WBA bantam king) Jamie McDonnell. I got along really well with Steffy. He still manages me and I’ve just signed an 18 month extension. He’s doing a really good job.

I’ve been training at Al’s gym for a year and a half and I’ve improved 100%. There’s a fabulous atmosphere here and we’re all mates. Al is a great coach and a great bloke. I love to fight but he’s really improved my defence. What he preaches always seems to work, if you’re prepared to listen to him.

Like the rest at the gym, I use Gav Lander as a strength and conditioning coach. He’s a very clever bloke who tailors different programs to meet our individual needs. He’s got me really strong, in brilliant shape.

What’s your training schedule? Which parts do you most and least enjoy?

I train Monday to Saturday and rest Sundays. As I still work, I train at 6pm. If I’m not sparring, I’ll run before going the gym. On sparring nights, we all run together afterwards.

A typical routine would start with a little skip followed by about eight rounds of shadow boxing. Some days I’ll spar between six to ten rounds, others I’ll do pads and bags. After that, I do a 12 minute blast on the Versaclimber, which is really tough. We’ll finish with ground work then a shake down.

Bizarrely, I quite enjoy the pain in my stomach after I’ve done a hard ab(dominal) session. I least like sprints at the track on Thursdays. We do ‘s and c’ after and it’s depressing!

Describe your style? What are your best qualities?

I’m a busy, all action box fighter with a high work rate. I can box back foot and mix it up if needed. My left hook to the body is a punch that works really well for me.

What specifically do you need to work on to fully optimise your potential as a fighter?

I need to acquire the confidence and experience of going the championship rounds. I’m nearly there. I also need to tighten my defence.

What have you found to be the biggest difference between the pro and amateur codes?

The pace is a lot slower in the pros and the opponents are far stronger physically. In the amateurs I was a fighter and it didn’t suit. Now I’m less erratic.

Who is the best opponent that you’ve shared a ring with?

That’d be Richard Baltazar, the Yank I fought when boxing for England in the amateurs. Pure class, punched me from so many angles. A few years later, I ‘Googled’ his name cos I knew he was going places but sadly he’d died in a car crash. Tragic.

As a pro, I’d have to say Stephen Ormond. I probably could’ve won but was only 50% fit. I only had a week’s notice and had booked a holiday. I’d been on the curries and beers after fighting a few weeks before. But Stephen had a great engine and was relentless. He gave me a tough night.

Arturo Gatti. An all action warrior.

Which current match would you most like to see made?

Carl Frampton versus Scott Quigg would be fantastic. After his performances against Kiko Martinez, I edge slightly to Frampton.

What is your routine on fight day?

Though I don’t stay up late the night before, I’ll lay on for as long as I can. I’ll wake naturally then try to switch off from the fight but find it hard. I’ll eat good things; porridge plus good carbs to give me lots of energy later on. I generally like to be on my own during the day so that I can have peace and quiet.

At the arena, I get a few nerves but there’d be something wrong if I didn’t. The nerves make you sharper. I’ll get myself properly fired up then I’ll run out. Afterwards I’ll watch the rest of the boxing. If my fight was short, I’ll go out celebrating but if I’ve had a long hard night I’ll just go home and rest.

‘Walk of Life’ by Dire Straits.

What are your ambitions as a boxer?

To win more titles and become the best I can be. A British title would be brilliant so beating Derry Mathews on Saturday would put my name right into the mix.

How do you relax?

Just chill out with my mates or girlfriend. I play the odd game of pool at the pub but I’m not very good.

Not much. I struggle to concentrate.

I like comedies, horror films and action films. My favourite is ‘Goodfellas’. On TV I watch reality shows; The Only Way Is Essex and Geordie Shore. I also like Family Guy.

Nothing big. To have a good career and a good life; a nice house and family. I enjoy the simple things.