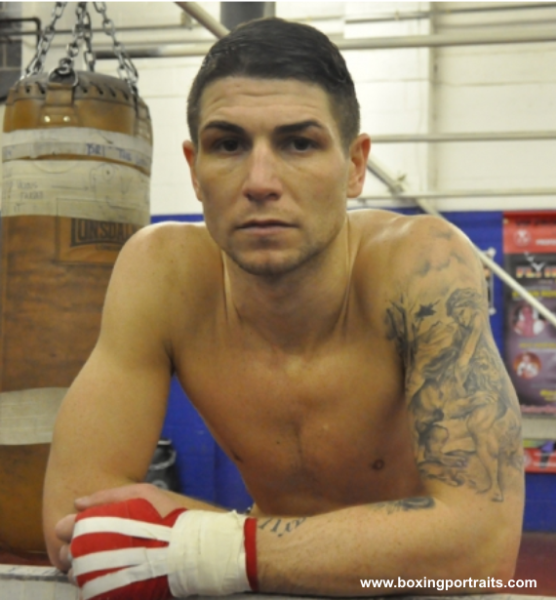 Brian Rose’s British light-middleweight titl defence against Sam Webb at the Blackpool Winter Gardens on Friday December 14, and it’s accompanying quality undercard, was always worthy of TV coverage and now gets it, after broadcaster Loaded TV stepped in to support the VIP

SKY platform channel 200.  The contest will be shown at 9.30pm and,
therefore, anyone who isn’t able to make the Winter Gardens can now watch, what
promises to be a potential fight of the year, for FREE.
“I’m absolutely delighted that Loaded TV are supporting British boxing and have decided to broadcast this British title fight,” enthused promoter Steve Wood.
“Brian’s fight with Sam has all the hallmarks of a domestic classic.  The undercard is also absolutely top notch, and this was always a show that boxing fans should have been able to see on TV.
“Rose and Webb are both skillful boxers; they don’t like each other so it’s a grudge match; neither are one punch finishers so there will be plenty of action, and Brian says he’ll stop Webb while Sam is very confident of causing an upset.  This is going to be a terrific contest.

“The undercard is also first rate and the fighters on it are all worthy of TV exposure. We’ve got English and Prizefighter winner Terry Flanagan (pic left) undefeated prospect Jack Arnfield; exciting puncher Mark Thompson, and lots more.  Brian’s also got some stars coming along to support him including the Blackpool FC team and MMA legend Rampage Jackson!

“I’m really proud of the show we’re putting on.  VIP Promotions have always been about giving fans great fights and value for money, and it’s really rewarding that Loaded TV are supporting us.

“For anybody that still wants to come and see the show live and experience the atmosphere at the Winter Gardens there are still some tickets left, and fans are also all invited to the weigh in and press conference for the show.”

Please note: The public weigh-in will be held at 2pm on Thursday December 13 at the Winter Gardens, with a following press conference to be held at Blackpool’s G Casino at 4pm.