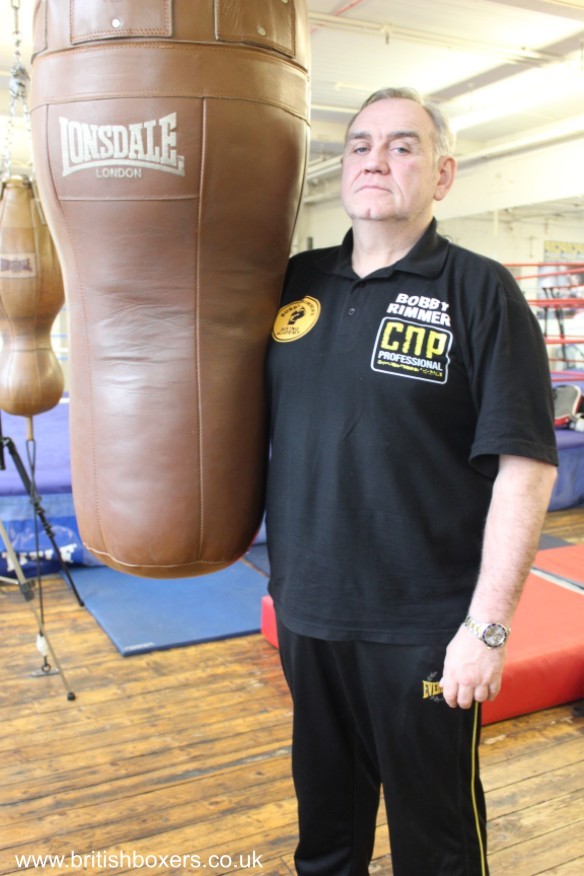 Boxing coach Bobby Rimmer says it is the right time for his charge Brian ‘The Lion’ Rose to be stepped up into world class and test his skills with the best around, on the way to achieving the dream; of claiming a world title. Next up for Rose (22-1-1) is American former world champion Joachim Alcine which will take place on a big Matchroom card in Roses’ home town, at the Winter Gardens in Blackpool on April 20.

British light-middleweight champion Rose, 28, won the Lonsdale belt outright in his last fight against Sam Webb. A win against Alcine will almost likely see him relinquish the title of British champion in his quest to break the world top ten and let the domestic boxers on his tail fight for the vacant 11st belt.

Recently signing a promotional contract with Eddie Hearn and Matchroom Sport, Bobby is confident the high flying promotional outfit can be as good as their word and propel ‘The lion’ into world title jungle and big fights. The journey starts with Alcine and Bobby tells British Boxers is thoughts on the fight, signing with Matchroom and the plans for a roaring future at Rimmer’s gym.

Bobby recently moved his training base over to the old Phoenix gym, where he used to be assistant coach to Billy Graham in the Ricky Hatton years. Bobby runs the business now including the Betta Bodies weights gym once run by Kerry Kayes. Kayes is still a big part of the team in terms of his experience and strength and nutrition work and now all the benefits of Kayes input is quite literally on the door step.
Another light middleweight under Rimmer’s wing is unbeaten prospect Jack Arnfield (15-0) – After having two and half years out of the ring due to personal problems, Arnfield, 23, is back to boxing full time and dedicated his life to just that, boxing! He is certainly a fighter to keep an eye out for, he is 6′ 2″ which is extremely tall for an 11st boxer, he has good skills, a sharp jab, bravery and a splendid amateur career behind him and 2013 could be the year British boxing takes note of Jack Arnfield.
To hear the current news from his gym and Bobby’s view on Rose and Arnfield, who he not only trains but they are close friends and house mates. During training camp both Rose and Arnfield live at Bobby’s house and have developed a strong bond a family togetherness after going through some low ebbs they have battled through. They have climbed their way up through the fight game wilderness, ‘sometimes having to put too for a pint of milk and a loaf of bread in the early days’ Bobby once told me – to now be on the brink of the big fights and purses that will define and justify the struggles and strife’s and the sweet blood and tears.
Follow us on Twitter: @britishboxers