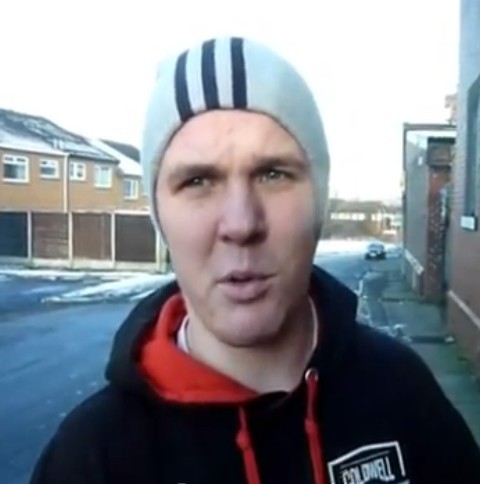 On the 7th of December 2012 Kieran Farrell took on fellow Mancunian Anthony Crolla in a fight for the vacant English lightweight title.

The fight lived up to all the expectations and both boxers fought toe to toe at a relentless pace for 12 gruelling rounds producing British boxing’s fight of 2012. – Fight Report

Farrell lost the contest on points, but before the result was announced, he collapsed in the ring and was taken out on a stretcher and rushed to hospital.

An MRI scan confirmed that Kieran had suffered a bleed on the brain. Kieran lived to tell the tale and has made a dramatic recovery but his boxing career was over.

In this video Kieran talks about the Crolla fight for the first time on camera and tells British Boxers how he is coming to terms with the fact that he will never be able to take part in the sport that he loves with a passion. 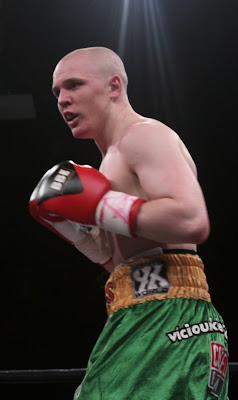 Kieran announced an unfortunate, but necessary, premature retirement from boxing this month. His decision was made for him by doctors who have monitored his progress following the domestic classic with fellow Crolla. Farrell remained optimistic throughout his recovery that he would one day box again but was left devastated when told of his fate.
“When the doctor was telling me, I had a big lump in my throat and my eyes were starting to fill up but I didn’t want to cry because my dad and brother were in there with me and I didn’t want them thinking I was a big girl. What he was telling me took a while to sink in but I know deep down it’s for the best and it just means that I’ve got to start my life from scratch all over again.
“I’ve been getting great support from Spencer Oliver and he’s been brilliant every step of the way and I can’t thank him enough for his advice. The support from Dave Coldwell and all the boxing fans on Twitter has also been great and it’s really nice to read all of their messages.”
Farrell leaves professional boxing with an impressive 14-1 ledger, his Central Area title victory against Derby’s Joe Elfidh and his gruelling English title battle with Crolla will stand out as the highlights of a short career which surely was destined for bigger things. Despite having many more wonderful nights cruelly taken away from him, Farrell maintains a proud stance when discussing his career.
“First and foremost, I’m a boxing fan and I love watching great fights. When I look back at fights from my career, I see a fighter who is always trying to please the fans with an exciting style. I was always walking forward, always letting my hands go and always fighting back when I was under pressure.
“I had the pleasure of being in some great fights with some great fighters and I never give less than 100% no matter what. I really hope I made an impression on people and that they had a good time whenever they watched me fight.”
Kieran now plans to open his own gym in a disused building on the end of his street in Heywood, 100 yards from his terraced house front door. The man who went by the ring name ‘Visious’ now intends to put his focus and insatiable energy into training boxers and finding the next British boxing superstar from the same Lancashire streets that produced him.
Coldwell Boxing will be holding a benefit dinner for Kieran and his family on April 20 in Manchester and will also be holding collections at forthcoming shows in Rotherham and Manchester. – Follow Kieran on Twitter @VICIOUSFARRELL
BritishBoxers would like to wish Kieran and his family all the very best for the future.