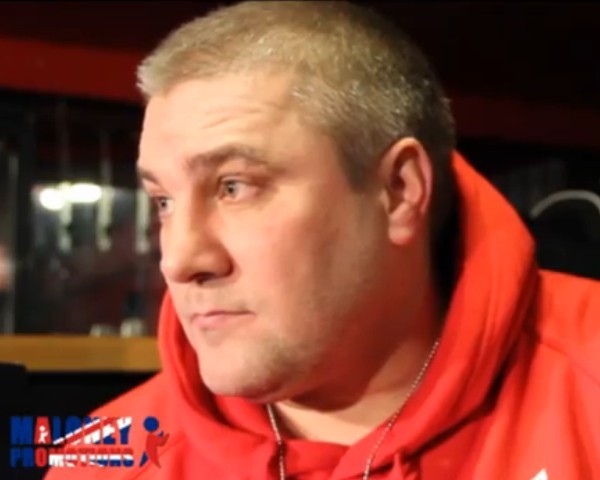 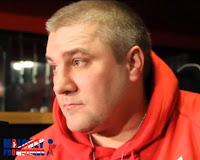 How did you come to be a boxing trainer and how much did you enjoy your time at Salisbury ABC?

I started boxing at the age of 13-14 at the Solly. I had a few schoolboy and junior fights, and Alan Lynch was my trainer. I always suffered with nerves before fights, so I drifted in and out of the gym. At the age of 18-19, Alan asked if I would like to have a go at the coaching side of things. I had a group of new starters to begin with it, David Burke being one of them, and that was how I got into training. I am still associated with the Solly to this day. I love the club and Alan Lynch is still the driving force there.

Any boxing legends that you have ever admired or felt inspired by?

Growing up, my hero was Noel Quarless from our gym. He was like Muhammad Ali in my eyes as a kid. Joey Frost was another hero of mine; he was quite a banger in his time. My all-time boxing legend is Sugar Ray Leonard since he could do it all in the ring. The most exciting fighter I admired was Iron Mike Tyson.

You retired from training, but then you had the chance to guide David Price’s journey as professional. What was it like to get that call? Did you ever anticipate that you would end up being involved with boxing again?

When I got the call off David through Alan Lynch, I was surprised but excited at the prospect of training him as a pro. I had no real thoughts of returning to the sport before that point, so I don’t think I would have been involved with boxing again if not for David. 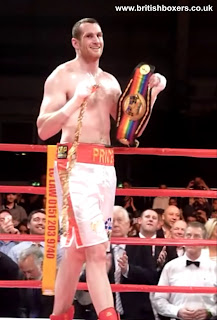 Under your tutelage, David was able to become a world class amateur. Back then, did you already have a feeling that David had the potential to succeed in the professional ranks as well?

There was a large team at the Solly and some great coaches. Tony Challinor, Jimmy Carroll and not to forget the main man, Alan Lynch. They all played a big part in David’s development and success as an amateur. I don’t think we really thought about him as a pro then, but I always believed he would be successful, whether it be in the amateurs or as a professional.

In terms of David’s learning curve, which fight as a professional do you feel he has taken the most from so far and why?

David winning the British title against Sam Sexton was a big part in his learning curve. He learned how to stay calm and composed while executing a perfect display of what he had been doing in the gym. Also, the fact he was able to handle the big crowd and all the pressure that comes with such an occasion.

There is just the one downside to the development of David’s devastating one punch KO power and that’s his lack of rounds. Does this concern you at all, or are you content with how comfortable David has looked when completing 10/12 rounds in the gym?

To be honest, I hope he wins by early KO for the rest of his career, haha. There will be a time for sure when David has to do the full 12 rounds and I have no doubts that he will do it without any problems. He trains very hard and leaves nothing to chance. If anything, he actually gets better in the later rounds.

How did you rate David’s performance last time out against Matt Skelton? Were you surprised that the fight didn’t last longer? Did you feel it was beneficial at this point in David’s career for him to meet a strong pressure fighter that would try to bully him?

The fight against Matt Skelton was a difficult fight to deal with. David had come off his big win against Audley and was then straight back in the gym to train for Matt. We had to be careful not to overtrain as he was already fit. It was also difficult for David to motivate himself for the fight, but he got on with it and done his job. I knew David had too much for Matt and wasn’t surprised that it finished early.

When people think back to the Audley Harrison fight, it’s typically emphatic KO power and David’s clinical finishing that is remembered, but there was obviously more to it than that. David was able to create the angle for the right cross that led to the beginning of the end by managing to do something which all previous opponents of Harrison’s have struggled insurmountably with. David was able to position his left foot beyond the southpaw right and threw his right cross before Audley could react in order to close off that angle. Is it safe to presume that David was very comfortable with southpaw angles in the build-up to the fight? Were you pleasantly surprised that David was able to land that shot so soon?

I was happy with the way David dealt with Audley and like you say, his positioning was perfect to land that right hand against the southpaw. For that fight we used top class sparring partners who the Klitschkos have used when fighting southpaws themselves. David was dealing with them well leading up to the fight.

Next up is Tony Thompson, another southpaw, although one with a more imposing style than Audley Harrison. What are your thoughts on Thompson as an opponent and what type of fight are you expecting? Any predictions?

Preparing David for his upcoming fight has been a continuation from the Audley fight in terms of positioning, punch selection, movement, and pressure. Tony Thompson is a big step up, but we have improved many aspects of the things that we do and I am sure you will see the best David Price on February 23rd. It will be explosive and I predict a KO win for David.

There has been talk of a prospective meeting between David and Tyson Fury for years now. Do you see this clash as being inevitable at some point, or do you feel that there’s a chance they may not cross paths? How do you rate Fury?

With regards to Tyson Fury, I don’t think the fight will happen because they don’t want it, simple as that and I don’t blame them. David Price would KO him and they know it. Fury will be exposed again soon, just like he was against John McDermott. One of his 2 best wins was against an out of shape Delboy, while the other was against the most negative fighter in the world in Kevin Johnson, who couldn’t even beat Tor Hamer. Boxing is about levels and Price is levels above fury.

How do you rate the heavyweight division in general at the moment?

Apart from the Klitschko brothers, David Haye, Povetkin, and Pulev, David Price is the best out there. I believe he is in that category amongst the top heavyweights in the world and our aim is to take on the best on and beat them.

The support that David has been getting from fans is amazing and I know he is humbled by how much they want him to succeed. I can tell them all that he is working his arse off in the gym to make it happen.