David Price back to resume his career in April 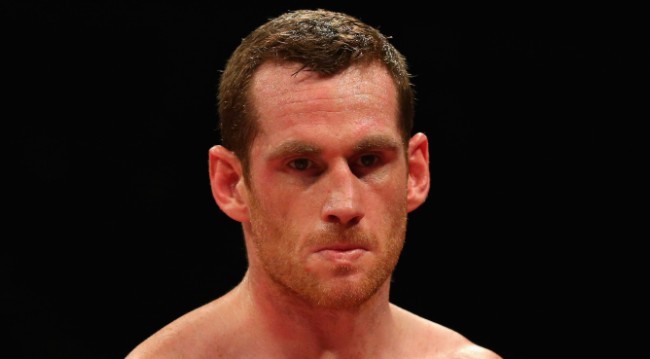 Former British heavyweight champion David Price is set to get back in the ring again in April according to his promoter Kalle Sauerland.

Price, 32, from Liverpool, was knocked-out by Erkan Teper in July when challenging for the European title. Then in December news came out that the German had failed a drugs test after the fight. Teper was immediatly banned and the win over Price was changed to a No-Contest.

While Sauerland says he is disgusted by the handling of the Teper situation, he believes Price will use the situation as motivation himself. Sauerland; “We’re hoping that David will make his comeback in April.” Sauerland told Sky Sports this week.

“For David, it’s something that’s really depressed him because he really loves the sport. I think David will take spite out of this. He’s super-motivated. We all know he has the tools to go far in the division. We know his weaknesses and he has to work on them with his trainer, whoever that will be.

“For me, Teper should never be in a boxing ring again unless something dramatic proves some sort of innocence there. A rematch would mean a big pay-day for him and I don’t think someone who got in the ring armed with steroids is deserving of a penny out of this sport.

“Doping in boxing rears its ugly head only on occasion. Most big fights involving tests in training rather than post-bout but this one didn’t. Questions have to be asked why that wasn’t the case. As far as we know of the timeline, the results were in August so why were they only made available in December?

“If you take something to make yourself stronger, you’re basically going in to the ring with a weapon that a human doesn’t have. Cheating in boxing doesn’t simply mean I’m going to win – it means I’m going to do serious damage to someone else or myself. It’s a very serious matter.

“Price has been at the back end of some terrible handling from the sanctioning bodies. He’s a family man, a real down-to-earth Liverpool boy and such a nice person. We are trying to get to the bottom of this but people are hiding behind lawyers and sanctioning bodies.”

In what must be a very questionable time for Price, this comes on the back of his only previous conqueror, Tony Thompson also testing positive for a banned substance after their 2013 fight in Liverpool. Despite the BBBofC (British Boxing Board of Control) giving the American an 18-month ban and the UK Anti-Doping ruling him as ‘disqualified’, the result is still widely listed as a Thompson win.