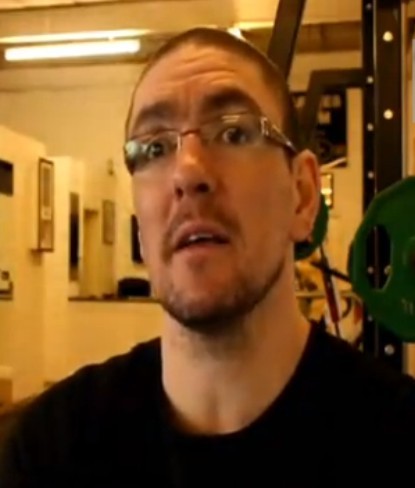 Arnies Gym in Manchester continues to thrive under the coaching skills and dedication of former professional boxer and gym founder Anthony Farnell.

We visited the gym last week to speak to Arnie and get an update on where his boxers are up to at the start of the year and what the fight calender looks like over the next month or so for him and his fighters.

Arnie is currently training Mathew Hall for a shot at the British middleweight title against Billy Joe Saunders on the 21st March and will hope to bring another Lonsdale belt to the gym to add to the one Paul Butler claimed last year. Butler will attempt to add the Commonwealth super-flyweight title to his domestic strap against Nigerian Yaqub Kareem on March 8th. Butler is one of the fast rising British stars and a bright future is predicted for this young man.

Welterweight Ronnie Heffron lost his unbeaten record in November when he was stopped by Commonwealth champion Denton Vassell. Arnie says the best man won on the night but confirmed that Heffron is back in the gym and ready to get back on track and learn from the defeat to Vassell.

Mark Thompson fresh off his Prizefighter involvement in January when he fractured his hand and was forced to fight in the semi final with one hand losing after a brave effort. Arnie says Thompson has the attitude have gloves will travel and a boxer who will fight anyone and 2013 is a year that could see Thompson in some domestic classics in the light-middleweight division.

Arnie brings us up to date on the other fighters he is getting ready for big outings including Matty Fagan and new additions Joe Murray, Kofi Yates and Rhys Evans.

British Boxers GYM NEWS! – We hope to bring you more of these types of videos throughout the year, visiting the gyms to speak to the boxers and the coaches direct.