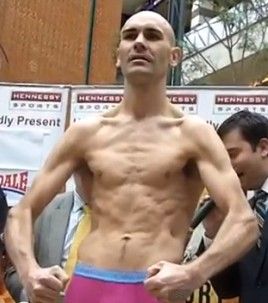 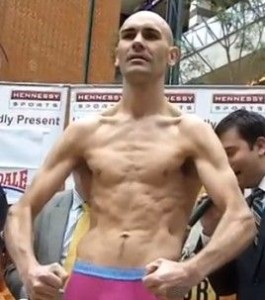 Perales is ranked at No 5 by the IBF and this is a great opportunity for the Darlington man to make a splash on the international stage and set himself up for a potential world title possibly against old foe McDonnell in a rematch, should he beat Ceja.

“It’s a great opponent for me and will get me right up there,” he told Sky Sports. “Dennis Hobson (promoter) is helping me out and we’ll see where we go from here. “We’ve still got the Commonwealth title and we’ll hold on to it until we have to give it up.”

Other than the loss to McDonnell, Hall’s only other defeat was to Bristol’s Lee Haskins in a European title fight last year, it is still a fight and performance that the 33-year-old looks back on with regret.

“I just didn’t turn up for some reason – it was one of those off nights. I think you learn from your mistakes and in my head I’ve come back a better fighter. “I was full of regrets as soon as I got out of the ring and I know I’d beat him if we fought again, I just didn’t turn up for the first time in the pros. “But I’ve got my head back on now and came back strong against Josh Wale, which was a one-sided fight.

“I’m looking at bigger fights and this fight for the IBF inter-continental will get me right up the rankings.”

Hall had previously lost to McDonnell in September 2011, via a tight unanamous decision for the combined British, European and Commonwealth belts, He was the unbeaten Lonsdale belt holder at the time, surrendering it to McDonnell. A rematch with the Doncaster champion is another fight Hall is eyeing.

“When I look back I think it was just down to experience,” said Hall about the McDonnell loss. “If I’d had a couple more 12 rounds fights beforehand it might have been different. I was just buzzing. It was a very close fight and I thought I might have nicked it.

“He won the fight but I’ve gained a lot more experience and like I say, I’m going to win this fight and chase down whoever’s at the top.

“I don’t see why he wouldn’t give me a re-match but he deserves to be where he’s at, he’s proved himself and I hope he comes through and wins.”

“I don’t look ahead, I just live for the now,” he said. “I’m in a better place than I was a year ago, I’m stronger and more experienced and I’m at my peak. In boxing terms I’m in a really good place.”