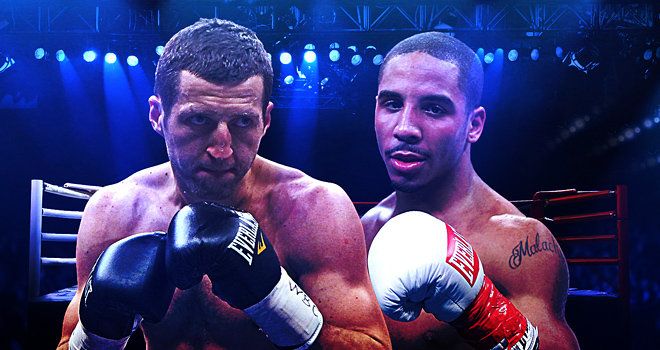 Carl Froch avenged his defeat to Mikkel Kessler on Saturday night at the O2 Arena in London, after a thrilling encounter Froch prevailed via a unanimous decision and immediately set his sights on the only other man to beat him, super-middleweight No1 Andre Ward who was at ringside to watch the fight.

Kessler had inflicted Froch’s first professional loss in 2010 in Denmark and the defeat at the hands of the Dane had haunted the Nottingham man ever since, but in a terrific battle to rival the first one, it was Froch this time fighting at home who took the upperhand, finished strong and took a deserved win and sweet revenge, to add Kessler’s WBA super-middleweight title to his IBF belt, unifying the titles and now hopes to get a return Ward, who outpointed him in 2011.

Froch traveled to America for the first Ward fight and now feels Ward should follow suit and return the gesture and like Kessler agree to a return bout in England.

“I said before this fight that the winner should really be concentrating on moving on and my only other loss was against pound-for-pound number two in the world Andre Ward,” said Froch.

“What a fantastic fighter he is and a great, great champion, but he is there to be beaten.