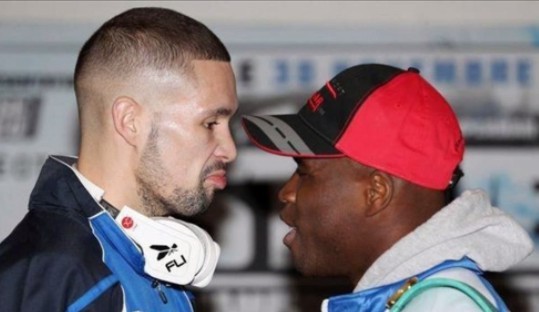 BritishBoxers are pleased to welcome a new writer to our team, Paul Ready who will be penning a weekly boxing round-up. Paul from Hertfordshire, is a life long boxing fan and with his unique look on the fight game says he, ‘Aim’s to be informative and exciting with his style of writing.

I’m delighted to be writing for one of the most exciting and up & coming boxing platforms in www.britishboxers.co.uk – I enjoy going to boxing shows and meeting boxers and trainers. I want to help grow British Boxers here and overseas. My weekly blog will touch on the main talking points in the game, including; catching up with the latest fights that have happened and a look ahead to what’s coming up, plus the odd twist.

Much has been written, read and said on the terrific Froch-Groves fight, that took place last weekend.

Loads of questions and they will all remain unanswered I would imagine until the dust settles in the New Year.

I’m still in shock about the whole thing, after 5 days on. More at Froch and the way he has behaved since. Hero to villain in one night and undone any fan base he had accumulated outside of Nottingham… It is going to be an interesting outcome.

Regarding Groves, what I’m more bothered about is that he gets himself a rematch or World Title shot against a Stieglitz or Bika next at the very least. But my fear is he could be shafted, shafted in a male prison cell at 11pm sense. Not pretty, and completely undeserved.

If I was Groves, I would head over to America with his family. Go with Paddy Fitzpatrick, train at Wildcard, Mayweather’s Gym, Virgil Hunter’s gym, Garcia’s Gym. Use this time to build on his growing profile. Groves could spar with Ward, Dawson, Hopkins, Stevenson, the experience will be invaluable.

He has plenty of options on the best route to take, and I have no doubt in my mind he will take his time and decide what is best for him.

Moving on to this weekend, we have Tony Bellew’s 2nd WBC Light-Heavyweight world title shot in Quebec, Canada against Adonis “Superman” Stevenson. (above pic)

Stevenson has had a terrific 2013, from shocking the boxing world with a 1st round TKO of Chad Dawson in the summer, to a 7th round KO of Tavoris Cloud in September.

Bellew, is another mandatory challenger and one who will pose a different threat to Stevenson.

The Bomber has a 4 inch height advantage and a 2 inch reach over the Superman, which could prove to be decisive. I’m expecting Bellew to use these to his advantage from the outset, keeping Stevenson at bay with the jab, not allowing him to get on the inside and chop away at the body. Bellew needs to keep a cool head and not get sucked in to trading on the inside with the hard hitting Canadian Southpaw, it could be an early night otherwise.

Let’s not get carried away, this is a mountain of a match up for Bellew. Stevenson is chasing “Fighter of the Year” award, and knocks people out for fun.

But at 36, how much more does he have in the tank?

When you think of fighters 36 yrs old+; Hopkins and Mayweather spring to mind, you have to adapt your boxing style as you age. Stevenson simply won’t be able to continue as a high pressure, power puncher indefinitely. Father time will catch up with him sooner or later so I wouldn’t be completely shocked if Bellew does the business out there.

He will need to show much more than he has in the two Isaac Chilemba fights, but I like his new found attitude and as a fellow Brit he gets my full support.

Chisora seems to have chilled out a fair bit since the Haye/Klitschko matches, but I won’t speak to soon as I can see him in with David Price next year, and fully expect that to be ramped up!

As a recent subscriber, I’ve got allot of time for BoxNation. I know it has had its critics being an additional £10 a month to your Sky/Virgin bill, but it offers great value for money. It is the place to be for the big American fights and as a boxing fan; you can’t avoid to miss those fights. Broner v Maidana in the next few weeks I’m really looking forward.

Right… Short and sweet, I’m off to eat.

Catch you guys next week, comment below or send me your views –  @PaulReady – @EliteBoxingBlog

Would you like Your Own Boxing Column on British Boxers?