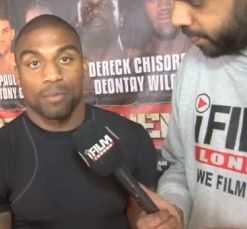 Unbeaten Manchester welterweight Denton Vassell takes on Birmingham’s unbeaten British champion Frankie Gavin at Wembley Arena on 15th June. Gavin, will be making the second defence of his title against Vassell who also puts his Commonwealth title on the line.

Gavin won the Lonsdale belt by beating Junior Witter last November and then defended it against Jason Welborn in January with seventh round stoppage. Unbeaten in 15 fights with 11 KO’s, Gavin is still Britain’s only ever World Amateur Champion but in Vassell faces the toughest test of his career.