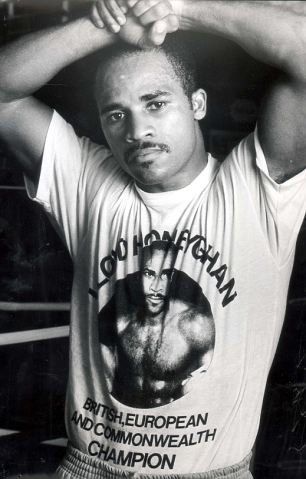 Lloyd in his prime – lloydhoneyghan.com

British boxing legend Lloyd Honeyghan is backing countryman Carl ‘The Cobra’ Froch to unify the IBF and WBA world super-middleweight titles tonight when he goes head to head with Dane Mikkel Kessler at London’s O2 Arena, but adds it is a close one to call and Froch must not let his heart rule his head if he is to extract revenge over his rival.

Former undisputed welterweight world champion Honeyghan’s place in British boxing history was sealed when in September 1986 he went over to Atlantic City to rip the WBA, WBC and IBF welterweight belts off pound for pound No1 of the time the unbeaten Donald Curry after the original ‘Cobra’ retired (rnd6)

Honeyghan like many experts finds it difficult to pick out a definite winner out of the evenly matched Froch and Kessler, who meet for the second time after Froch was outpointed by Kessler in April 2010 in Denmark. Honeyghan

“I think this is anybody’s fight really. If I had to put my cards somewhere it would have to be with Carl but I think it is a close one to call.” said Honeyghan.

“From my experience watching Carl I know he has a big heart and great ability but I think he will go in to the fight looking for a tear up which I think will make the fight closer than it should be.

“The mentality that Carl has is something I have seen from a lot of UK boxers over the years, they all have great technical ability but nullify it by going into the ring looking for a scrap. UK fighters are the fittest around, but, the ability is something the trainers need to bring out of them and is a reason in my eyes why we tend to come up short against fighters from across the pond.

Honeyghan added that he was very impressed with another current British world champion in Jamie McDonnell who used his jab to great effect and his skills saw him through a tough encounter with big hitting Mexican Julio Cejato to claim the vacant IBF world bantamweight title via a majority decision at his home town’s Keepmoat Stadium in Doncaster earlier this month. And Honeyghan says he hopes Froch follows the same plan against Kessler.

“One fighter that I have seen use his ability very well was Jamie McDonnell, you have to take your hat off to him, he used the good old fashion British jab in textbook fashion.” added the former world champion known as the ‘Ragamuffin Man’ 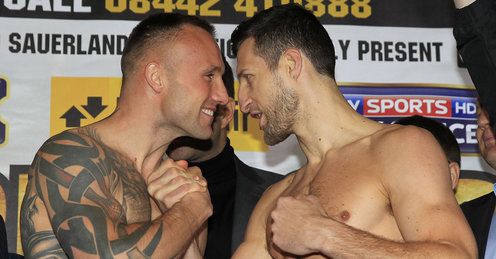 “I would like to see Carl take a similar approach as I believe that he is using about 60% of his boxing ability, but, after so long you can only go in the ring with what you know and that is for a tear up and not the sexy style of boxing that we would like to see.

“Carl wins most of his fights because he is a tough cookie and has a big heart, but, this style will always leave a fighter lost when they come up against a fighter with a good head like Andre Ward.”

To find out more about Lloyd Honeyghan please visit his website http://lloydhoneyghan.com

The fight is being broadcast live on Sky Box Office.