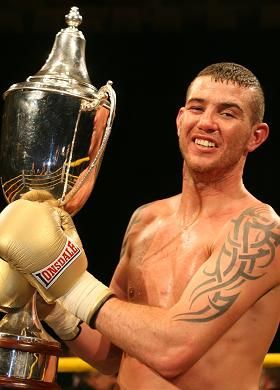 Frank Maloney insists that Travis Dickinson never pulled out of a fight against Eduard Gutknecht – because the bout was never on!

Sauerland Events claimed on Saturday that the North-East prospect had ducked out of facing the former European light-heavyweight champion in Berlin this coming Saturday.

But Maloney who handles Dickinson says: “The fight was never on.

“I had a call from another British promoter offering the fight because one of his boxer’s had turned it down.

“Of course, it is a fight Travis would like but he would not have been ready in time so we never took the fight.”

Maloney says that if Sauerland want to make the fight later this year Dickinson would be willing to travel.

He added: “Travis was back in the gym, but would not have been ready at pretty short notice.

“It is a tough fight is a world class fighter whose only losses have come against Juergen Braehmer and Robert Stieglitz.

“Give Travis time for a proper training camp and he will be willing to come to Germany.”