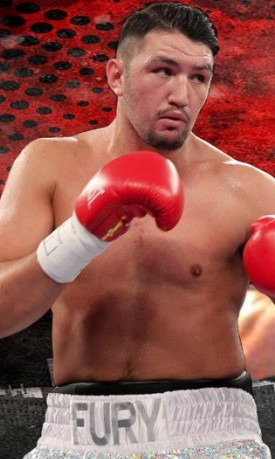 Hugie, just 18-year-old, took centre ring early in the fight and dominated the action from behind his jab and worked well switching down to the body with the right hand.

Gradually Fury broke down and knocked the fight out of the 39-year-old, in the 5th round he belted Perkovic with hard right hooks to head and body, which seemed to knock the last bits of stamina reserves he was trying to sustain. At the end of the session the Croatian turned and leaned on the top rope and then slumped onto his corner, after five one sided rounds, you could see he had had enough and decided to stay on his corner.

Fury only turned pro in March after winning the Amateur Youth World Championship in 2012 and after just three months is showing swift progress. His mission of becoming the youngest heavyweight champion in history remains on track.

Watch the full fight on the video above courtesy of Patrick Ward, Team Fury.