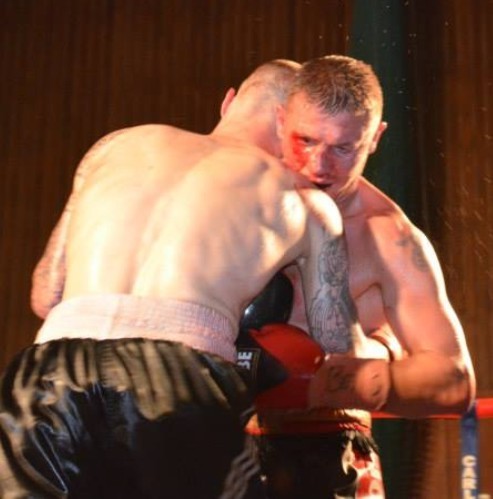 Cooper backs Unsworth to the ropes

Sleaford’s Amir Unsworth has decided to call time on his professional boxing career and retire, after his vacant Midlands Area light-welterweight title defeat to Calum Cooper, at the North Kesteven Leisure Centre on Friday night.

Unsworth, 32, was cut in the first round after a clash of heads, but battled all the way over the ten rounds as the contest swayed back and forth as both boxers gave their all in a classic small hall tear up, but it was Cooper who did enough overall with cleaner shots to take the win 100-92.

Following the grueling, all-action bout, Unsworth confirmed that he was hanging up his gloves. He won the midlands area lightweight title in December 2010, and the British Masters light-welterweight title in March of this year and will end his career with a record of 14-7-1, 2KOs. Unsworth, who turned pro in June 2007, always came to fight and will be remembered as a warrior, who can retire proud of his efforts.

“Just want to say a huge thank you to everyone who has supported me though out my career,” Unsworth said.

“When its not there anymore it’s time to call it a day and walk away, at least I can say I went out like a warrior, all the best to Calum cooper the better man won on the night, I wish him all the best.

“It’s a decision Im happy with, I’ve always said I want to retire from boxing not it retires me, it just isnt there any more it’s really time to move onto the next chapter in my life.”

We would like to wish Amir Unsworth all the best for the future and thank you for the entertaining nights you produced.

For Birmingham’s Cooper, 24 year-old, this win gets his promising career back on track after losing to Chad Gaynor in the January welterweight Prizefighter.