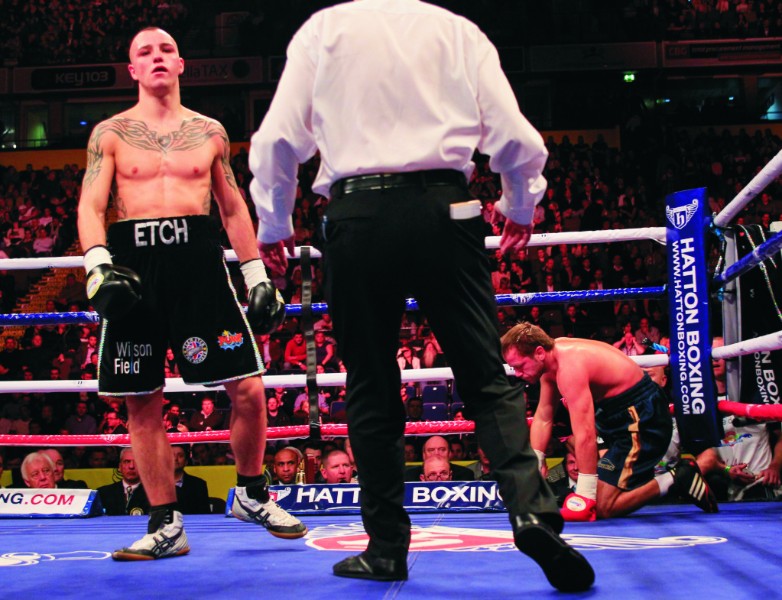 Originally Etches, 22, was to defend his middleweight crown against the Brazilian banger, but questions over Mendez’s weight has prompted the IBF to sanction the contest at the weight up.

South American Mendez, 23, comes into the fight with a fearsome record of ten wins and nine knockouts. Etches, (12-0, 10KOs) however, doesn’t feel conceding weight advantage will have any bearing on the outcome of the action.

“It’s unfortunate I’m not defending my middleweight title, but at least I’ve now got a chance to win another belt,” Adam said.

“Boxing at super-middleweight really doesn’t bother me. I’ll fight anyone my manager Richard [Poxon] tells me to. If he said I was fighting a cruiserweight I’d be happy because I know anyone I can hit in the head I can knock out.

“Mendez will be heavier than me and he’s shown before that he can punch, but nothing’s changed, he still won’t be hearing the final bell.”