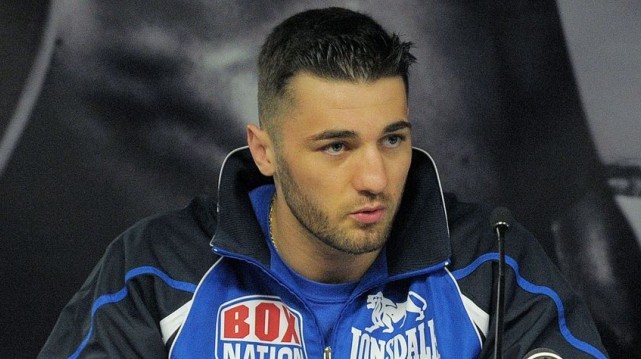 Nathan Cleverly announces move up in weight and next fight

Former WBO light-heavyweight champion Nathan Cleverly will return to the ring as a cruiserweight after confirming he will fight for the vacant Commonwealth title against Australian Daniel Ammann at the Copper Box Arena on November 30.

The 26-year-old Cefn Fforest man lost his unbeaten record and WBO light-heavyweight title when he was stopped by Sergey Kovalev in Cardiff in August, he had considerd retirement after the fight, but after a break he is relishing getting back in there and is motivated by the prospect of becoming a two-time world champion.

“I’m ready to return and I can’t wait for November 30th at the Copper Box Arena and show that Nathan Cleverly is back,” he said.

“I’ve got the hunger and desire back and I want to be a world champion again. I miss having the belt around my waist, but it’s not just about the belt.

“I was on a high for so long winning the British, Commonwealth and European titles in quick time and then winning the world title and making five successful defences. In five years I had 15 championship fights and I felt invincible.

“The loss to Kovalev has brought me back down to earth and made me realise what I want and that is to be world champion again. The thought of winning a second world title now really excites and motivates me, but the road back will be hard and I’m looking forward to testing my character and resolve.”

Aussie Ammann a southpaw, has a record of 29 victories in 35 fights and heads into the contest at the former Olympic venue off the back of an eight fight unbeaten run.

“It’s a good test for me on my return and the opportunity to win the Commonwealth title is a big motivator and will open doors for me,” said Cleverly.

“Ammann is a proper cruiserweight and has even fought at heavyweight, he’s been around a long time and will have plenty of experience. He looks like a big, rough, tough, Aussie and I’m not expecting an easy fight.