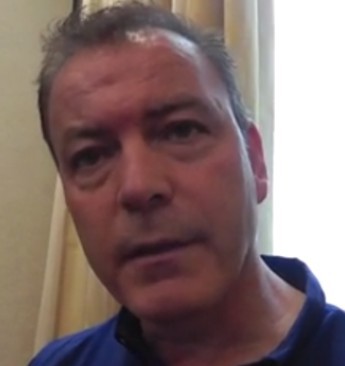 Promoter Dennis Hobson has confirmed that Stuart Hall will make the first defence of his IBF world Bantamweight title against fellow North-East of England fighter Commonwealth champion Martin Ward, at the Metro Radio Arena in Newcastle, on March 29th.

Hall, 33, who won the title in December with a points win over Vusi Malinga, becoming the the first man from the North-East to do so. Hall is now set to make more history with Ward. The contest, will be the first ever world title fight involving two North-East boxers.

After claiming the title, Darlington’s Hall has the right to make a voluntary defence against an opponent of his choice. Ward has satisfied the criteria set by the IBF to challenge for their title.

Ward, 25, a southpaw from West Rainton, County Durham, claimed the Commonwealth title with a unanimous points win over Ghanaian Gabriel Laryea in Newcastle’s in December.

Hobson was in Manila accompanying Shane Mosley to arrange fundraising events for Typhoon Yolanda victims, when he spoke to RingTV.com’s Ryan Songalia about his trip and the reasons for being in Manila. He also recaps Stuart Halls world title win and the first history making title defence against Ward.

Hobson says, ‘Money comes and goes and he is in this game to make history and memories. The Yorkshire promoter will be doing just that again in March.

What do you guts think of this fight for Hall?