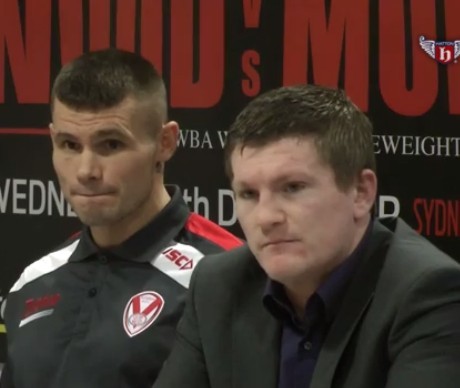 Murray has seen some big fights fall through recently in the States due to visa issues, but Hatton Promotions are lining up a world title fight for Murray in February or March and and then hope to get the visa issues addressed for him to look to challenge for a world title in America, but insists he wont be over-looking the dangerous Australian.

Murray is keeping busy with this fight and it’s believed the world title fight being mentioned for early next year is against the winner of this weekend’s scrap between Gennady Golovkin and Curtis Stevens for the WBA world championship.

“This fight has come up and I want a fight.” Murray said.

“I last fought in April and if I waited until February when I should have a world title fight it will be nearly ten months out and that is too long.

“There is a risk, but I am sharp and training like this is my most important fight ever.

“I know I will win a world title when I get my next chance, but I will not be over-looking Garth.”

Murray drew with Felix Sturm in his first world title fight back in December 2011 and was the victim of a home town decision when he faced Sergio Martinez in Argentina, can it be third time lucky.

Watch the full press conference on the video above, courtesy of Hatton Promotions