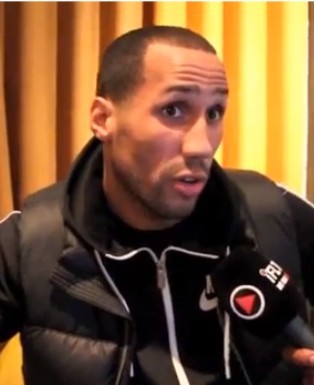 The fight is being shown live on Channel 5, here the London boxer talks about his American opponent and after some time out of the ring, DeGale tells Kugan Cassius he believes he should be fighting for a world title by now and reveals he has had a falling out with promoter Mick Hennessy, but says things are ok now. DeGale is frustrated and says  he wants his team to get him in the world title mix, he says he is fed up of treading water and wants meaningful fights.

DeGale also gives his view on the Froch v Groves fight and picks Froch over Groves. plus and more.. watch full interview on the video above.