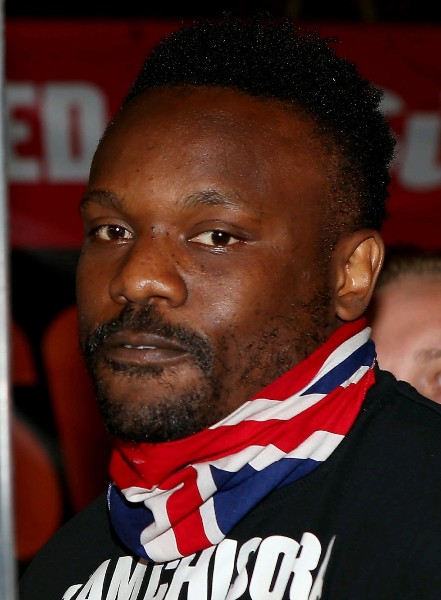 Chisora: ‘I will take care of Kingpin then Fury’s next’

Chisora defends his WBO/WBA International Heavyweight titles against the tough American, who took big-punching Fury the distance in December 2012, and knows he needs an impressive showing to keep on track for his summer grudge match with the Manchester traveller.

Undefeated Fury took Chisora’s British and Commonwealth titles and unbeaten record in July 2011 and features as chief support on the undercard this Saturday in a ten-rounder against American Joey Abell.

Del Boy looked razor sharp today as he went through a media work-out at his Finchley base with trainer Don Charles, putting the final touches to his seven-week training camp.

He knows that he’ll have to be at his best against veteran Johnson.  As well as Fury, Johnson has taken the heavy shots of former WBC King Vitali Klitschko, taking him the distance in May 2009.

“Johnson’s a good strong American fighter with a good reputation, just what I need to make me perform to my best,” Said Chisora.

“He’s a tough boy, he’s taken Fury and Klitschko the distance, and if I can become the first man to stop him in then it send a big message to Fury and the rest of the heavyweights out there,”

“The focus is on Johnson for this fight, Fury will be there in the background and he’s next, but I’m going out there to put everything on the line and take him out.”

Remaining tickets for Rock The Box III, priced from £40 are available from Eventim on 0844 249 1000 or online at www.eventim.co.uk