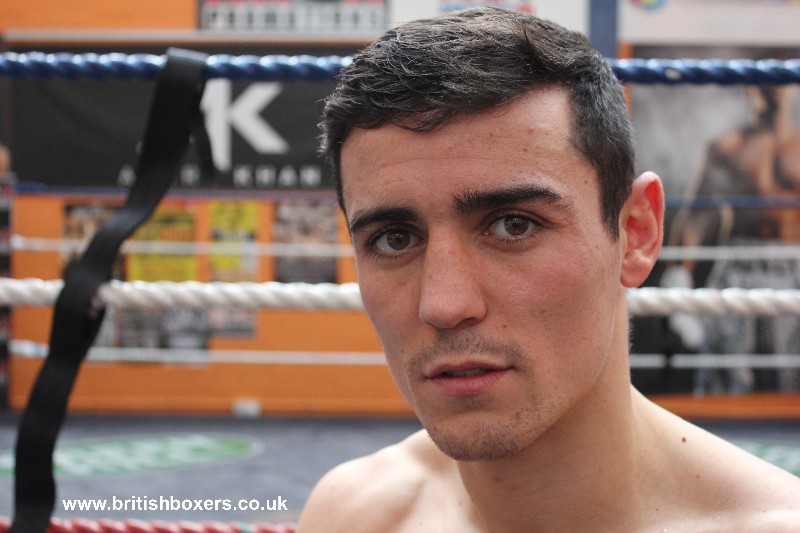 Mancunian Anthony ‘Million Dollar’ Crolla will take on Greenock’s John Simpson next has he waits his big chance to gain prime position in the race to take on world champion Ricky Burns for his WBO world title.

Crolla and Simpson will clash on the undercard of Burns’ WBO World lightweight title defence against unbeaten American Terence Crawford at the SECC in Glasgow on March 1. For Crolla (pic) a win would keep his hopes of the big one alive and if Burns overcomes Crawford in the main event, then Crolla could be next for the Coatsbridge champion

Former British lightweight champion Crolla, 27, is in good form. He claimed the vacant WBO Inter-Continental title in June 2013 against Gavin Rees and defended the belt against fellow Manchester man Stephen Foster in November, forcing Foster to retire after six rounds on the undercard of Carl Froch’s world title defence against George Groves.

Former British super featherweight champion Simpson, 30, boxed at lightweight for the first time in Hull against local favourite Tommy Coyle in November, replacing Rees for the bout and putting in a spirited performance before a seventh round stoppage loss.

“Anthony is gunning for a shot at Ricky Burns in 2014 and victory over John Simpson and a ranked opponent on the April 19 show in Manchester will put him in prime position,” said promoter Eddie Hearn.

Also on the bill, Olympic Gold medallist Anthony Joshua MBE has his fifth pro contest against Hector Avila, the Argentine that took Dereck Chisora nine rounds in London in April.