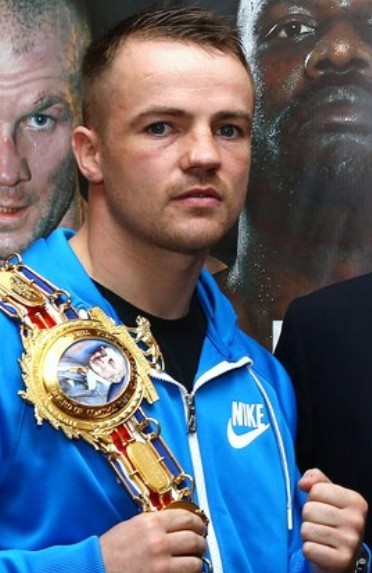 Frankie Gavin takes on ‘The Snake’ in Newcastle

The Birmingham ace puts his Commonwealth title on the line for the third time against the tough Namibian as chief-support to Stuart Hall’s IBF World Bantamweight title defence against Martin Ward, live and exclusive on BoxNation (Sky Ch. 437/HD 449 and Virgin Ch. 546).

Shikukutu, the WBO Africa Champion and ranked number 14 in the organisation, has won 18 out of 21 fights, with two losses, a draw, and 12 knockouts.

It’s a crucial fight for undefeated Gavin, 28, who’s ranked number five in the WBO, as he targets a world title shot this year after signing a new promotional deal with Promoter Frank Warren last month.

“I can’t afford to slip up against Shikukutu with so much on the line this year.  It’s an important fight for me, as is every fight in my career, but this is the biggest year of my life with the world title in my sights,” Said Gavin.

“From what I’ve seen of Shikukutu he’s a decent puncher, he’s a tough and strong African who could be a right handful for me and will be looking to cause a huge upset and beat me.  African fighters are as hard nails, continually throwing punches and coming forward, Shikukutu will bring out my best qualities and make me fight at my best,”

“I had a great year last year winning outright the Lonsdale belt and beating the likes of Jason Welborn, Denton Vassell and David Barnes, but this is a new year and I could end it by being world champion,”

“I’ve come this far in my career and I’m on the brink of a world title fight so to lose that to Shikukutu is not an option in my eyes.”