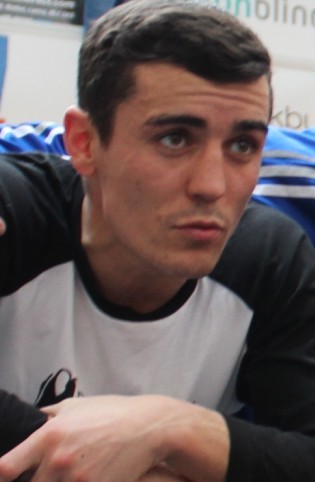 Crolla open to a fight with friend Murray

Manchester’s Anthony Crolla has left the door ajar for a showdown with local rival John Murray while pointing out that friendship will come first this weekend when Murray meets John Simpson at Glasgow’s SEC tonight (Saturday).  Former English, British and EBU lightweight champion Murray, 32-2 (19), fights Simpson, 25-10 (11), on the undercard of Ricky Burns’s WBO lightweight defence against America’s Terence Crawford.  Indeed, former British titlist Crolla, 27-4-1 (10), has hankered after a showdown with the Scottish champion in recent years, but also as a number of options available for his next outing.

“I know John’s mentioned some things about a fight with me,” said “Million Dollar” when taking a brief break from his fatherhood duties.  “We both have local support so it could be a massive fight for Manchester.  I will be there on Saturday night.  I want John to win, but because he is a friend and not because of anything else.”

“It’s business,” said Murray, 29, when speaking to me earlier this week.  “If we have to fight then we have to fight…I’m up for that fight—it’s on from my side of things.  If it doesn’t happen, then I’ll look for something else.  I want to fight for titles.”

Crolla earned the WBO Inter-Continental belt by beating Gavin Rees by majority decision in June.  He followed that up with a sixth-round retirement win over Stephen Foster Junior in November.  The 27-year-old is pencilled in for a slot on Scott Quigg’s April 19th undercard at Manchester’s Phones 4U Arena, the opponent is yet to be announced, but should Murray get the nod the two long-time friends will put their feelings to one side for one night and concentrate on business.