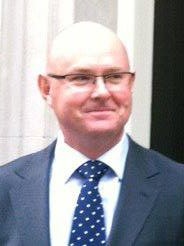 Andy Ayling – A Life in Boxing Part One