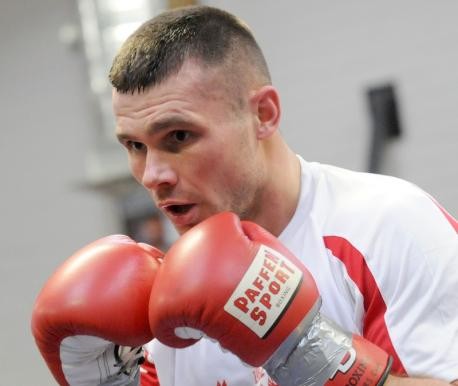 The 31-year-old from St Helens in the UK split with Ricky Hatton last month after a frustrating year that saw him fight just once after his narrow defeat to Sergio Martinez in Argentina last April.

Murray (26-1-1) will fight in June, November and next February in Monte Carlo and also hopes to have a warm-up bout in Germany on April 5 on the undercard of Juergen Braehmer’s WBA light-heavyweight title defence against Enzo Maccarinelli.

“I’m made up,” said Murray, who is ranked No 1 by the WBA and No 6 by the IBF. “It’s great knowing I’m getting with someone who is going to give me some direction in my career.

“The purses are really good and they’re willing to invest in me. The money is amazing, I can’t believe it’s true. We’re hoping to fight Golovkin in November so it’s a good deal all round.”

Murray is confident he can still earn a third shot at top honours.

He drew with Felix Sturm in 2011 but has struggled for momentum since.

Murray laboured to a points win in a rematch with Sergey Khomitsky last December and was due to face Australian Jarrod Fletcher in February for the regular WBA belt with Golovkin being promoted to “Super” champion.

But the WBA ruled against the move and Murray withdrew from his fight due to a hand injury.

“I’ve never been with someone who’s given me solid dates,” he added. “I was fed up with getting myself ready only for fights to get cancelled. When the fights did come round, like the one in December, I was so fed up it’s no wonder I performed like I did.

“I was making myself believe something would happen but I had three press conferences for fights that didn’t happen. We’re hoping for a decent opponent in June but it’s about me getting back firing on all cylinders.

“The promoter is working towards lots of different routes and getting me sanctioned by the different organisations so it should end in a title shot.

“The deal secures my future and the future of my wife and kids which has always been the most important thing for me.

“I’ve been that frustrated that if I wasn’t in the mix for big fights, I would have jacked it in. I’ve not been in tough fights and I only turned pro when I was 25. I’m looking forward to continuing the hard work I’ve been putting in.”

Murray was offered a rematch with Sturm but the money on offer was substantially lower than the purse he received for the first fight.

With no suitable offer on the table, Murray exercised his right to leave Hatton.

“The only fight I’ve knocked back was immediately after the Martinez fight when they offered me Chavez in Mexico but I needed an operation on my elbow,” he said. “I accepted the fight two months later but Top Rank refused it.”

Golden Gloves’ Rodney Berman, meanwhile, welcomed Murray to the team, having secured his signature despite the interest of a number of rival promoters.

“We at Golden Gloves are delighted to welcome Martin into our Golden Gloves family,” he said. “Being a huge Murray fan we are committed to taking him to another world title opportunity. He will debut for us in June at a venue to be finalised in Monte Carlo and will then be kept active pending a mammoth show in Monte Carlo in November.