Martin Murray: “I know that I still have a World title in me.” 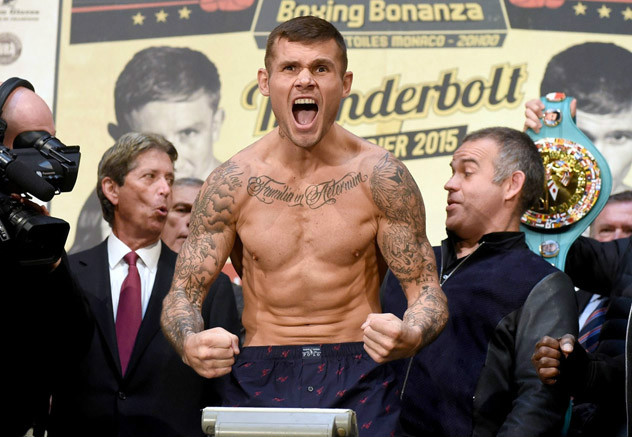 MURRAY: ROSADO AND MY STYLES GUARANTEE A WAR

Martin Murray wants to prove he’s back with a bang at Middleweight and ready for another World title crack as he takes on Gabriel Rosado at the Echo Arena in Liverpool on April 22, live on Sky Sports.

Murray is back at Middleweight for the clash with the Philadelphian, and it’s a battle that promises to be brutal and compelling with both men known for putting it all on the line in the ring.

Rosado has been involved in some brutal battles in his 11 year career, fighting twice for World Middleweight crown in 2013 against Gennady Golovkin and Peter Quillin, and the 31 year old will be gunning for a third crack at the big prize.

Murray has boxed for major belts three times at 160lbs against Felix Sturm, Sergio Martinez and Golovkin before moving up to Super-Middleweight to challenge Arthur Abraham. The 34 year old believes that he’s better suited at Middleweight and believes that a fifth World title shot is next if he can do the business on Merseyside.

“I know that I still have a World title in me,” said Murray. “Middleweight was all tied up with Golovkin but Super Middleweight was more so I moved up. Having gone up there and fought the best up there, they are big guys and I feel that I am better placed at Middleweight. Golovkin still has all the belts but he might have to move up to get the fights he wants and that could open things up once more.

“Rosado is a quality fighter and I don’t think his record does him justice. He’ll go anywhere and fight anybody and he’s been in with all the top guys. He’s tough and comes to fight, and that’s my style too, so that’s why I am excited about it and the fans are too because there’s no way that our styles won’t gel. It’s going to be a war.

“People have always written me off. I’ve moved to Super-Middleweight, I thought I should have won the title against Abraham, looking back I left it too close to call. Against Groves, I was far from my best but I left it all in the ring and nearly spun it on its head late on and that was me at only 60 per cent. I’m flying in the gym and I believe I am a level above him and it will tell on the night.”

Murray’s clash with Rosado is part of a huge night of action in Liverpool, as his Oliver Harrison gym-mate Rocky Fielding welcomes Islington’s John Ryder to his backyard where they clash for the vacant British Super-Middleweight title.

VIP tickets are priced at £200 and are exclusively available at www.matchroomboxing.com

Face value tickets for April 22 will also be available from http://www.stubhub.co.uk/matchroom-boxing-tickets/ . StubHub is the official ticket partner and marketplace of Matchroom Boxing and Anthony Joshua.