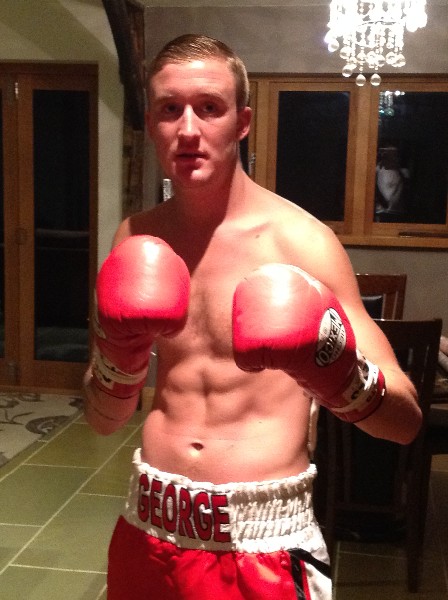 The Second UK ‘Saint’ goes for his first title this Saturday

Whilst “Saint” George Groves looks forward to his rematch with Carl Froch, another Saint “Saint” George Jupp has his defining night this Saturday at York Hall, Bethnal Green.

The show itself has seen substantial publicity with BBC TV and Talk Sport having featured the promoter Josh Goodwin who is making history as the youngest promoter in the world to stage a show at only just over 18 years of age.

Jupp is known to tv fans following his exciting appearance in Prizefighter and steps up for his first title shot when he competes for the International Masters Super-Featherweight title. George takes on the toughest fight of his career when he faces the highly regarded Gia Atenov from Georgia. Atenov has only lost 1 from 11 fights and is coming to the UK to beat George and is searching for a European title shot in the next 18 months. What a fight this will be.

The undercard will bring some massive excitement.

Southern Area Super-Featherweight Champion Michael Devine makes his first appearance since moving up to lightweight and takes part in an International 6 round contest. Michael takes on another Georgian Tornike Tortladze. Tortladze will be Michaels toughes test in his career so far. Michael who won the southern Area Super-Featherweight title is looking for a crack at the Lightweight version in the Summer so cannot afford a slip up.

Everyone is looking forward to the first appearance in 2014 of one of the countries most exciting heavyweight prospects. London’s AJ Carter is undefeated in 5 fights (3 by ko) and will be taking part in an International heavyweight contest. 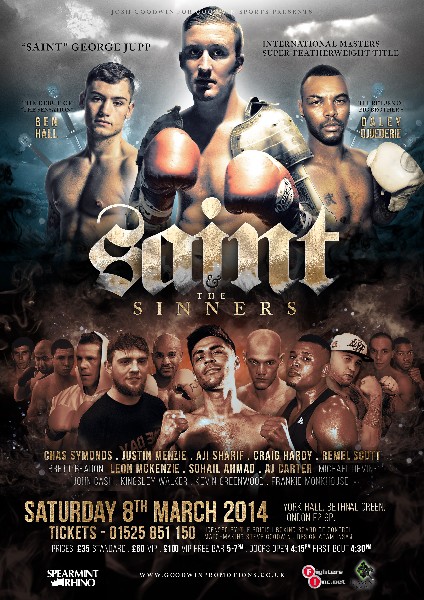 The show is filled with some of the best prospects London has to offer.

“The Sensation” Ben Hall makes his eagerly anticipated debut. Formally an England International in the unpaid ranks, Ben is sure to make into a future Champion so will be great to see him at the start. Ben takes on Jason McArdle who has won 1 from 2. This promises to be a barnstormer as McArdle is coming to win.

Cruiserweight “The General” Aji Sharif made a successful pro debut at the end of 2013 and is looking forward to carry forward his momentum in his first International contest. Aji takes on Slovakian Mario Lakatos who has won 3 from 5 fights.

Light-Welterweight Brett Beadon is one of the most exciting prospects to come out of Alan Smith’s stable and is heading towards British champion at the very least. Brett has his third paid contest on this show.