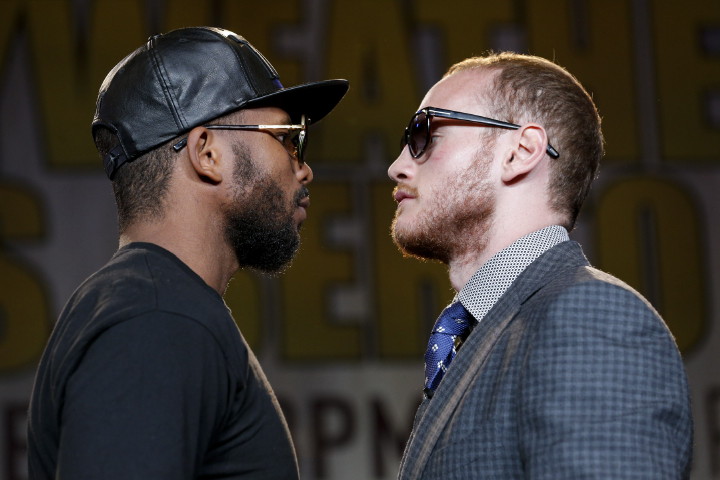 Groves on Badou fight – “I’m going to be full-steam ahead, from the first second to the last.”

George Groves has rejected claims that his “stamina” over 12 rounds will be a problem when he takes on the challenge of Badou Jack in Las Vegas.

The “Saint” will undertake his third bid to become a Super – Middleweight World champion when he faces the WBC king on 12th September 2015 on the recently announced Floyd Mayweather Jr– Andre Berto under-card at the famed MGM grand in Las Vegas, Nevada.

In the past it could be said that endurance has been a concern, most notably in his losses against super-middleweight arch rival Carl “The Cobra” Froch, but Groves (21-2 KO16) says such negativity has spun him on during an eight-week training camp at altitude in California.

Groves has been quoted as saying “I can use it to my advantage,”

“You’re never going to be as fresh in the first round as you are in the last. But at the same time, I always finish strong. I’ve been 12 rounds before in high-intensity fights, fights which I’ve won, in which I haven’t faltered.

“It’s nice that a few people in the media, usually with an agenda, will say something, and then it catches fire and everyone jumps on it.

“I’m going to be full-steam ahead, from the first second to the last, and I’m really looking forward to it.”

Groves’ trainer Paddy Fitzpatrick has also faced criticism over his fighter’s recent performances, with the 27-year-old putting in supposed below-par displays in beating Frenchman Christopher Rebrasse and American Denis Douglin since the second loss to Froch.

“Against Christopher Rebrasse, he’d never been stopped, because I didn’t stop him I come under criticism. I threw 1,000 shots in that fight and then I got criticised for having no stamina. I won every round.

“And then I fight Denis Douglin, I knocked him out, had a bit of a slow start but knocked him out. It’s easy to criticise because we haven’t won a world title yet, and it’ll probably be easy to praise us once we do.

“We know we’ve done good work, we know we’ve improved, we know that in the gym we’re seeing what we need to see. As long as I go out and perform as I intend to, on fight night, I’m sure Paddy, and myself, will get a little bit more respect. But we don’t really fight for that any more.

“Winning over the hearts and minds of fight fans is a difficult task, you’re only as good as your last interview these days. I’m not too fussed about the general perception. As long as we’re winning, which we are, we’re going to go out and perform and become world champion.”

Groves will be hoping that it will be third time lucky for him to end his long-lasting mission to finally gets his hands on a world title.

The West Londoner will be looking to build on his recent momentum since his last two victories and is excited by the opportunity. “I get that chance on the Las Vegas Strip, the crème de la crème for any fighter on the planet. I cannot wait to achieve my goal and become world champion.”

However, the Saint must be careful not to become complacent. In Jack, Groves faces a fighter who maybe deemed as underrated.

The Swedish-born champion has one loss on his record, coming against Derek Edwards last year, since then Jack has proved he his a genuine champion after previously dismissing undefeated American Anthony Dirrell for the same WBC belt that will be on offer next weekend, Jack also having drawn with Marco Antonio Periban in 2013.