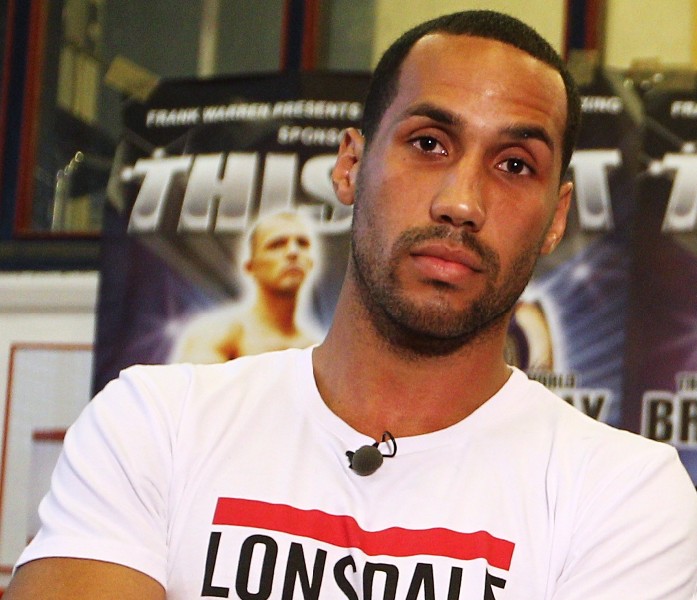 Harlesden’s James ‘Chunky’ DeGale has been riding a career-rollercoaster for some time now; he has been floating under the public radar by fighting on small shows on terrestrial television, as opposed to Sky Sports and Boxnation, and not receiving the media attention that an Olympic gold medallist and world title contender deserves. He has also seen two chances to earn a mandatory position for Sakio Bika’s WBC strap fall through, the latest coming by way of Mayweather promoted Badou Jack’s first round knock-out defeat to Dereck ‘The Black Lion’ Edwards in February.

After Jack’s shock defeat DeGale’s promoter, Mick Hennessey, and the British Boxing Board of Control had submitted a request to the WBC that ‘Chunky’ be installed as Bika’s mandatory challenger and, although there were hardly any guarantees, the chances had appeared good, especially when DeGale took care of his own business the night after Jack’s setback in conquering Netherlands number one Gevorg Khatchikian via an eleventh round TKO to retain the WBC Silver super-middleweight title.

Subsequently, however, DeGale was overlooked and in a move that I can only have described as favouritism the position was handed to Chavez Jr., despite the Mexican having not done anything in the 168Ibs division to deserve it.

DeGale has now made three successful defences of the WBC Silver belt that he claimed back in 2012 and he has also seen a shot for Bika’s title slip through his grasp when Marco Antonio Periban pulled out of a proposed fight serving as a final eliminator.

In September 2012 Chavez Jr. was beaten badly by Martinez, failed a pre-fight urine test for marijuana and in the following September had taken a controversial decision over Brian Vera in a ten-round contest in which Chavez Jr. struggled to make the super-middleweight 168Ibs limit. According to fight stats, Chavez. Jr. threw less than half of Vera’s total punch count and, due to the outcry of the decision, a rematch was ordered which resulted in Chavez Jr. winning convincingly over twelve rounds, this time around comfortably making the weight and with victory claiming the vacant WBC Continental Americas super-middleweight title.

Speaking to UK based Channel 5, respected boxing commentator Al Bernstein condemned the WBC and stated how the body ‘continues to be a joke’ in their installing of Chavez Jr. as their number one ranked super-middleweight; WBC President Mauricio Sulaiman defended their decision by simply referring to Chavez’s middleweight credentials.

With the WBC route seemingly being constantly blocked against DeGale, and subsequently any chance to soon see a British unification showdown between Chunky and the Froch-Groves winner, good news come in the form of the IBF ordering a super-middleweight final eliminator to be contested by DeGale and undefeated Brandon Gonzalez; the British Olympian later confirmed via his Facebook page that he has agreed to the fight.

Should Chunky work himself into the mandatory challenger for the IBF then he will be set to face the Froch-Groves winner, and a Groves-DeGale rematch with world titles on the line would be something extraordinary. Gonzalez however does pose a challenge and certainly can not be viewed by any boxer as an easy night’s work. The American is trained by Virgil Hunter and many spectators felt that he should have been awarded the victory over Thomas Oosthuizen when they fought to a draw last June.

But now the WBC has retracted their original decision and, as Tweeted by Sulaiman, a vote was cast resulting in DeGale’s approval to be instated as contender for Bika’s world title. Although insignificant, the fact of the matter is the WBC has likely made this move in regards of the expected summer clash between Chavez Jr. and Golovkin; nothing has been officially announced but talks are said to be in an advanced stage and is slated to take place on July 19th and broadcast on HBO pay per view.

It is a deserved boost in a career which of late has been outside of the public limelight and DeGale’s patience appears to have finally paid off in being faced with more than one lucrative option. Obviously the intrigue lies in the path that DeGale will choose to take. On the one hand, facing the winner between Froch-Groves could eclipse anything that British boxing has ever seen, especially if Groves dethrones the granite-chinned Nottingham fighter to lead to a Groves-DeGale rematch, but then a unification fight with the WBC, WBA and IBF straps on the line would take DeGale V Froch/Groves to another level.

In my opinion, if it could be made, the perfect scenario would see DeGale challenge Bika as chief support to Froch-Groves in May to build up to another mammoth showdown, but the chances of this happening can hardly be guessed let alone assumed. And if DeGale was to oppose Bika in his next fight then there is no guarantee of the British southpaw securing victory. Chunky looked good in his last fight against Khatchikian with sweet lateral movement and perfect switching from body to head. In previous fights, however, he has shown to be a lazy fighter at times, although this was blamed on a serious groin injury which has since been successfully operated on; DeGale has displayed a rapid decrease in output through many of his fights and has resorted to rest on the ropes for nearly entire rounds at a time and against Bika he cannot do this.

DeGale is certainly a better boxer than Bika but he will need to work for every second of the fight to prevent the champion from building up any momentum; if he uses the slick skills that gained him a gold medal in the 2008 Beijing Olympic Games then he could very well win on points. Although the Australian is 34 years old he is a physical and aggressive fighter, capable of easily pushing opponents back against the ropes and out-strengthening them. He also has an awkward style and has faced a much higher calibre of opposition than DeGale, going toe-to-toe against the best super-middleweights in the world including Anthony Dirrell, Lucian Bute, Andre Ward and Joe Calzaghe; the result against Dirrell was a draw, though in my opinion Bika lost, but the latter three boxers won via unanimous decisions all over the championship distance.