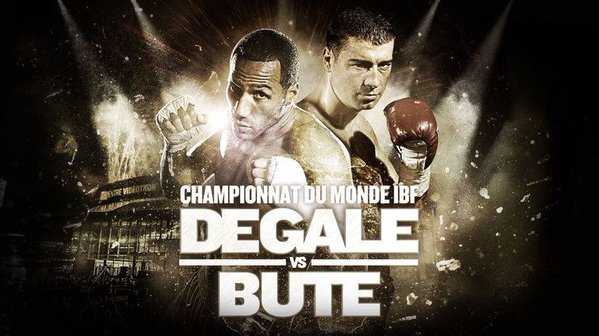 James DeGale defends his IBF super middleweight title in the early hours of Sunday morning against Lucian Bute, a former world champion in the Videotron in Quebec City.

Londoner, DeGale, a former Olympic Gold medallist, won the title back in the May when he outpointed American Andre Dirrell to claim the vacant belt.

PRESS THE PLAY BUTTON ABOVE TO WATCH THE WEIGH IN VIDEO

Following the weigh-in, a confident DeGale said: “They think it’s going to be a boxing match, but it will be a destruction.

“Place your bets. Trust me. Going to be six rounds, but it may be three.

“Once he feels my power that will be it.