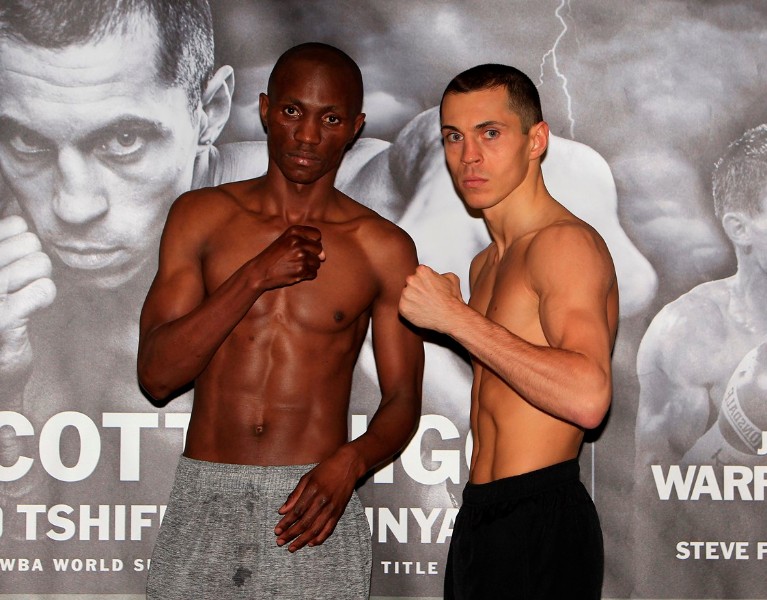 Weights (where available) and running order (subject to change)

Bury star believes he’s one step away from super fights

Scott Quigg says he needs a devastating performance in his WBA World Super Bantamweight title defence against Tshifhiwa Munyai tomorrow night at the Phones 4 u Arena live on Sky Sports to land one of the huge fights in the division.

Quigg defends his title for the second time against the South African and the unbeaten Bury star is targeting a 28th win from his 30th pro fight, and another stoppage to add to the 20 he has on his impressive CV.

Winning the way Quigg wants to will take him closer to one of the many big fights out there in the exciting 122 pound division. Quigg insists that his focus is 100 per cent on tomorrow’s fight as a true professional, but he has ambitions to unify the division against the likes of Kiko Martinez and Leo Santa Cruz – and also settle the brewing rivalry with Belfast’s Carl Frampton.

“The main thing, that has my full attention, is tomorrow night,” said Quigg, who scaled 8st 9lbs 8oz, with Munyai three ounces heavier than the champion after making the weight at the second attempt. “It is a really tough fight and the sort of fight not many people would take because Munyai is very dangerous. But I am ready and I want to prove I am ready to fight the likes of Leo Santa Cruz, who people are all raving about. I have to be beating people like Munyai, and doing it in style, which I am 100 per cent confident I will do.

“I don’t look past anybody but you want those fights against Kiko Martinez, Santa Cruz and Carl Frampton – they are the names you want to be mixing with. If I don’t come through Munyai those fights don’t happen, so that gives me an extra drive to stay focussed on the task ahead. I want to get through the fight because those are the fights which not only I want, but what the fans want to see as well.

“The fight with Frampton was offered to him and they chose to go down the Santa Cruz route. We have already offered them the fight, so you would have to ask that question to him because we offered him the fight and we are ready for the fight whenever. My full focus is on Munyai and it is a real dangerous fight, so until I get through that I won’t be talking about anybody else.

“I haven’t seen the full Santa Cruz vs. Cristian Mijares fight, I have only seen the highlights, but I believe Cruz won every round. Mijares was a very good fighter in his day. He has moved up through the weights recently and had a few good wins. Santa Cruz is doing everything asked of him and he is regarded as the best Super Bantamweight behind Guillermo Rigondeaux. They are the fights I want, you test yourself against people like Santa Cruz, and I believe I can beat him. I think the fight is the sort of fight which will get me ready for the likes of Santa Cruz, because Munyai is a very live and dangerous opponent.

“You have to give Kiko a lot of respect. I have met him a couple of times and he is a likeable person, and you have to give him respect because he travels all over. He rarely has home advantage and he is off over to Japan to face Hozumi Hasegawa on Wednesday night. He is used to it now, he is on a bit of a roll, and personally I hope he can defend the title and then further down the line we can fight each other.” 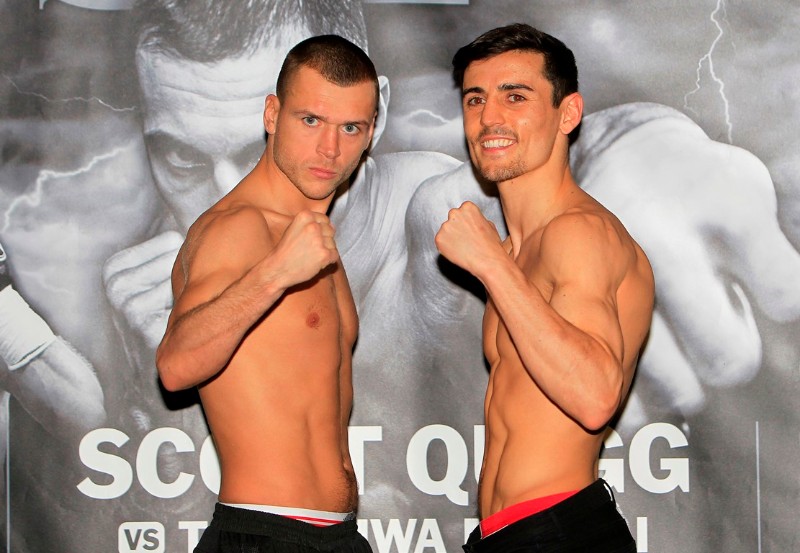 Quigg’s title defence is part of a huge night of action in Manchester, with a local Lightweight clash now closing the show as Anthony Crolla defends his WBO Inter-Continental title against John Murray.