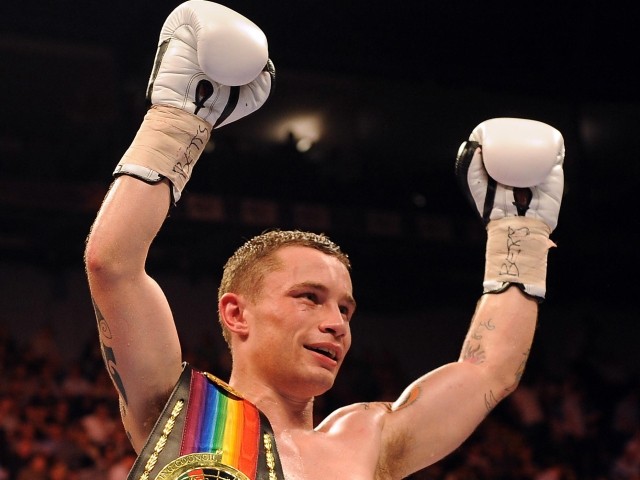 No1 ranked contender Carl Frampton (17-0, 12 KOs) has been handed a final eliminator for the WBC super-bantamweight title against number two contender Hugo Cazares (40-7-2, 27 KOs) on Apr 4. The bout, which will be screened live on Boxnation, will take place at Frampton’s second home, the Odyssey Arena in Belfast.

Cazares, 35, is a former two-weight world champion with his first title success coming back in 2005 when ‘El Increible’ captured the WBO light-flyweight title against Nelson Dieppa. Cazares would go on to make five defences before surrendering it to Ivan Calderon in a split-decision in 2007. Cazares won his second world honour with victory over Nobuo Nashiro to claim the WBA super-flyweight title in 2010 and defended it four times before losing it in 2011 to Tomonobu Shimizu.

Frampton had been expected to go down the IBF title route and tackle champion Kiko Martinez, whom the Northern Irishman defeated last February.

Should Frampton prevail against Cazares then a shot at champion Leo Santa Cruz may take place later this year.