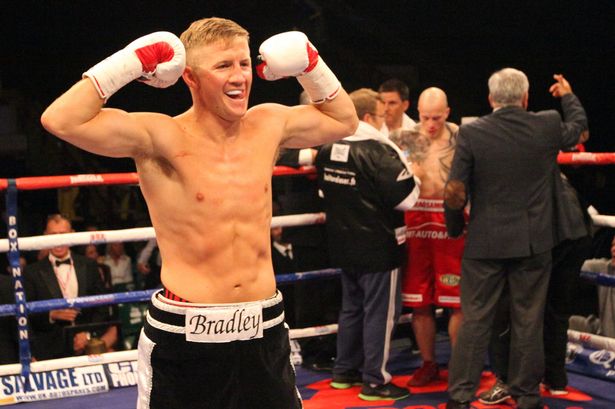 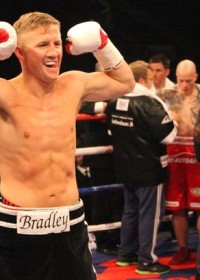 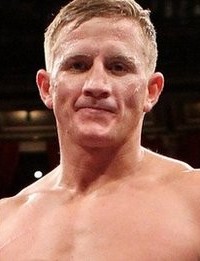 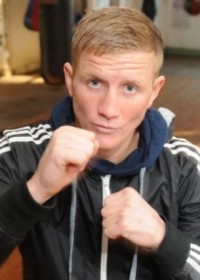 The hard hitting Sedgefield star threw a career-best left body shot that sent his opponent reeling to the canvas in an agonising state with absolutely no chance of recovery.

Saunders spoke at ringside, “I’ve been working on that in the gym and he said to me, ‘I’d heard stories that you could punch but f*** me I never, ever thought it would be anything like that. That’s a seasoned professional who’s had 27 fights and been in with some of the best fighters.”

Frank Warren at ringside described his winning fighter as “The real deal.” The promoter promised to keep his fighter busy and to get him out again soon.

A British title eliminator against English champ Tyrone Nurse is being discussed as the possible next step for the new champion, Bradley. The triumphant of the pair will then get the opportunity to challenge the winner of Curtis Woodhouse v Willie Limond taking place later in June in a winner takes all match for the British and Commonwealth light welterweight.

Trainer Seamus Macklin commented on his protege, “Bradley Saunders absolutely folds people to the body but he’s got so many other attributes”

In the headline fight, challenger Paul Butler from Ellesmere Port took the title from Stuey Hall to become the IBF bantamweight champion, in just his 16th professional fight.

Butler, a former British and Commonwealth super-flyweight champion, was fighting at 118lb for the second time in his promising career and improves his record to 16 unbeaten.

In other news, Tommy Ward was made to work hard to preserve his unbeaten record by Michael Ramanelesta. The 59-55 scoreline did not do justice to Ramanelesta, who pushed the West Rainton featherweight, causing him difficulties.

Guisborough’s Josh Leather was triumphant in a highly entertaining fight against Tommy Carus.