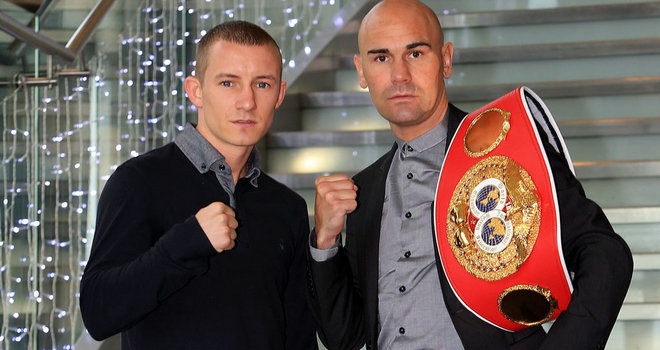 Stuey Hall defends his IBF World Title against Paul Butler this Saturday in Newcastle at the Metro Radio Arena. It’s a promising fight supported by a tasty looking undercard by Dennis Hobson Promotions. This year, so far, UK boxing fans have been royally spoiled and this Saturday shows no sign of any let up.

Hall won the IBF title in style – and with half a face – against Vusi Malinga last December in a cracker of a fight. He comes into this defence against Paul Butler a rejuvenated man, despite Hall’s first title defence (against Martin Ward) ending in a technical draw due to an accidental injury to Ward.

Butler brings his undefeated record into the fight and Hall will have to be on form again to defend his crown against the promising Butler. One thing Stuey Hall can be sure of on Saturday is that he will have the backing of the crowd.

Ovill McKenzie faces Jon-Lewis Dickinson in a British and Commonwealth Cruiserweight title fight. McKenzie has stepped up once more into the Cruiserweight division and admits to no longer fearing making the weight, saying “Cruiserweight is where I feel comfortable. I feel myself getting stronger and fitter and I’m not having problems losing or gaining weight. I’m hitting harder; every time I go in the gym I feel like I’m gaining power.”. The hard punching McKenzie is looking to launch an assault on the division but first has to get past the current British champion.

Dickinson is the younger man and relies on his boxing guile rather than a terminator style punching power. Styles makes fights, is the cliche, and this one certainly has those makings.

Saunders faces the Finnish Piispanen for the vacant WBA intercontinental Light Welterweight title. The interestingly tattoo’d Finn is aiming to stop the County Durham man in a fight which will show us exactly how far Bradley is progressing.

A late starter in pro boxing, at 28, Saunders will be keen to show he is worthy of mixing it at a higher level. He needs a dominant display against Piispanen to stake his claim in the Domestic division.

Other fighters making an appearance on the show are Thomas Patrick Ward, Jason Cunningham, Jordon King, Rhys Evans and the two Fury stable fighters Dave Allen and Hughie “Young King” Fury. Heavyweight Allen is looking forward to showing us the benefits of training under Peter Fury and comes into the fight at his lightest ever. Young Hughie Fury is a younger brother to Tyson Fury and, at just 18, has just signed for Mick Hennessey Promotions. The Manchester based Heavyweight is being tipped as one to watch and is a tenacious and dangerous fighter. Young Hughie is making his pro debut on the bill. 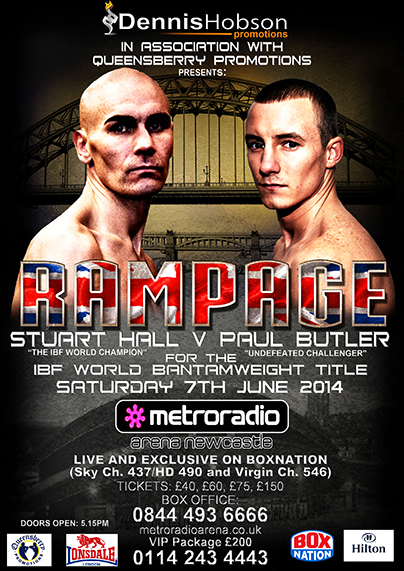