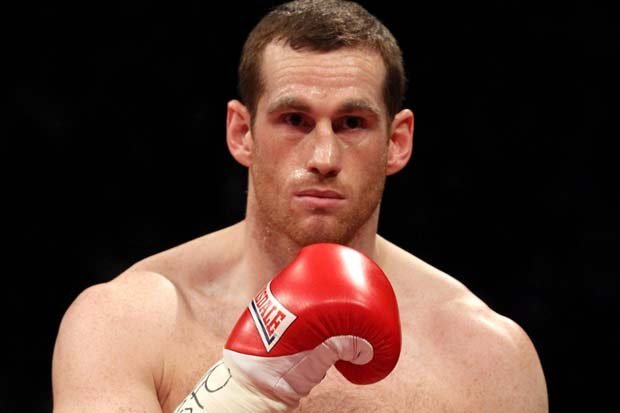 David Price takes another step on the road to redemption

Former British heavyweight champion David Price continued his rebuilding with a clear unanimous points victory over Ukraine’s Yaroslav Zavorotnyi over 10-rounds in Germany tonight. It was the first time Price had completed 10-rounds in his career, coming through with the judges final scores reading 97-93, 98-92 and 100-90 all in favour of the Liverpool man.

Price, 30, is on the comeback trail after suffering successive defeats to Tony Thompson in 2013. This was his 3rd win on the bounce since them defeats to the American and now under new coach Tommy Brooks, Price (18-2, 15KOs) boxed well behind his jab and when he sank in the big right hands he looked dangerous.

Credit to Zavorotnyi, (16-7, 14KOs) he was a tough old lump and took some clubbing shots from Price that may have felled lesser mortals. His record suggested he could whack and Price could ill afford to get involved with him up close and did well to tie his man up to neutralise any rough house tactics inside.

In his two defeats to Thompson, Price visibly run out of steam early on in them fights, some say it was pent up energy and that Price was drained mentally rather than physically, one of the things that impressed in this fight was that Price looked fit, switched on and fully concentrated on the job and got the job done.

The big lad had come a long way in a short time and topping them massive bills at the Echo in Liverpool before packed houses of expectant fans finally took it’s toll for the in-experienced Price and when he stepped up in class against Thompson, he was found out.

Price is an heavyweight with talent and the attributes to be a success on the world heavyweight scene and would cause any heavyweight problems if he is on his game. To step up to the elite he will still have to iron out some mistakes but he will only gain the ring miles by getting the fights in as regular as possible.

Zavorotnyi at 39 had had only 3 fights in the last year but gave a good account of himself. Price never looked like stopping him and maybe he could have if he had stepped up the gears but he seemed content to get the rounds in and why not!

Zavorotnyi had only been stopped twice in his 7 defeats and that was to former world champion Nikolay Valuev and the world class Alexander Dimitrenko; plus he also took current highly rated heavyweight Kubrat Pulev the distance. So it was a good nights work all in all for Price and he moves on. He is expected to be back in action again and in Liverpool in September, the scene of the Thompson defeat’s, so another step on the road to redemption.