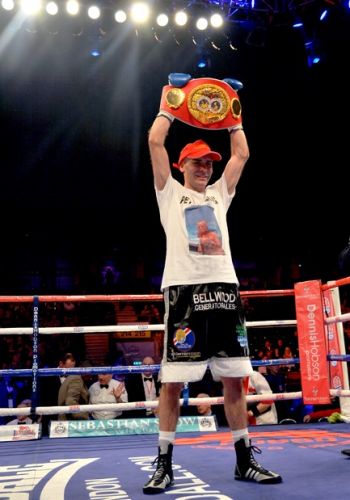 Stuart Hall: “I’ll win this fight by whatever means possible”

The Darlington hard man makes the second defence of his IBF world bantamweight title at Newcastle’s Metro Radio Arena on June 7 and he doesn’t remember wanting a fight to come so soon.

Up against Ellesmere Port’s Paul Butler, it’s fair to say little love is lost between the pair.

Butler has been vocal ahead of the contest, insisting he got the better of Hall in sparring and claiming he is relishing travelling to the North East to take the champion’s belts away in front of his home fans and family.

With just days to go until the eagerly-anticipated clash, ‘Stuey’ insists Butler is in for a rude awakening and that the Merseysider will travel back to the Northwest with his unbeaten record in tatters.

“He’s lost the plot. He’s saying I’ll be blowing after four rounds, and that he’s going to up the gears. He thinks he’s some sort of superman! I’ve never wished my life away so much; I’ve been wishing the days away, because I’m going to do a number on Paul Butler.

“I’ll win this fight by whatever means possible. Hopefully it’ll be a proper good stoppage, because I really want to stop him and show him that I am the real-deal. A stoppage would be nice but if it’s a hard 12 round fight then so be it. As long as I get the win, I don’t mind.”