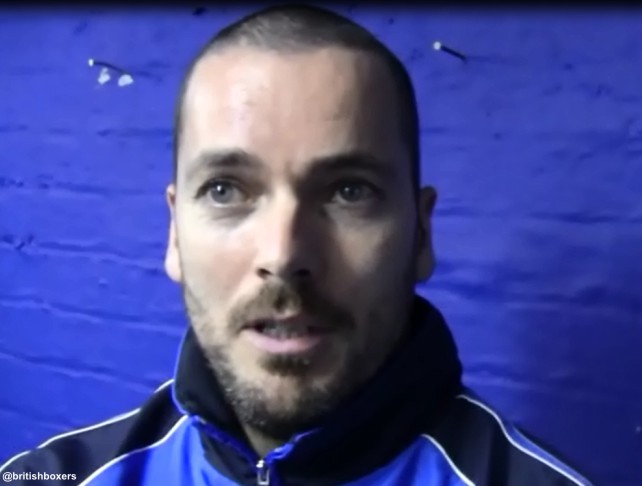 Trainer Lee Beard is predicting a terrific fight but is backing Vusi Malinga to beat Darlington’s Stuart Hall and take the IBF world bantamweight title back to South Africa.

Hall and Malinga go head-to-head at Leeds’ First Direct Arena on December 21 for the vacant crown, and Manchester-based Beard will be on corner duty for the visitor.

In what won’t fail to be a blistering scrap, Malinga, 34, will be determined to leave the UK as champion after twice failing in world title attempts previously.

Hall, meanwhile, has earned his shot after a career-best win last time out against hard-hitting American Sergio Perales to claim the IBF Inter-Continental strap.

With vast knowledge of the game having worked the corners of, among others, both Ricky and Matthew Hatton, Beard has seen enough from his new charge to be convinced that Hall will be leaving the ring empty-handed after the final bell.

Here, Dennis Hobson Promotions catches up with Lee (pic above) to get an inside view from the Malinga camp:

How is Vusi looking in training?

He’s very disciplined and strong.  His conditioning was already in place when he first came and he’s in very good shape.  We know what most African fighters are like; they’re very gutsy, strong, strong punchers, strong-willed, they’ve got good timing.

There have been some tremendous African fighters over the years and Vusi comes from a very good boxing family.  His uncle is Sugar Boy Malinga, and his brother Patrick fought Alex Arthur a few years back.

How highly do you rate Stuart Hall?

He’s a good fighter.  Vusi’s done his homework on Stuart, and I’ve seen Stuart fight a few times.  It’s going to be tough.  Stuart’s going to have a lot of ambition in this fight and it’s a great opportunity for him.  They’ll both raise their game but we’re confident we’ll get the win.

But Stuart is a good fighter, he’s very tough, likes to come forward and it’s going to make for a good fight because the styles will blend really well.

How do you see the fight going?

I see Vusi winning the fight.  They’ll both come forward but Vusi is very strong-willed and like a lot of African [fighters] very hard to push back.  Because of where they’ve come from they’ve got so much strength in their mind, and it’s very hard to break that.

Tickets are also available via Ticketmaster on 0844 844 0444 or via www.ticketmaster.co.uk