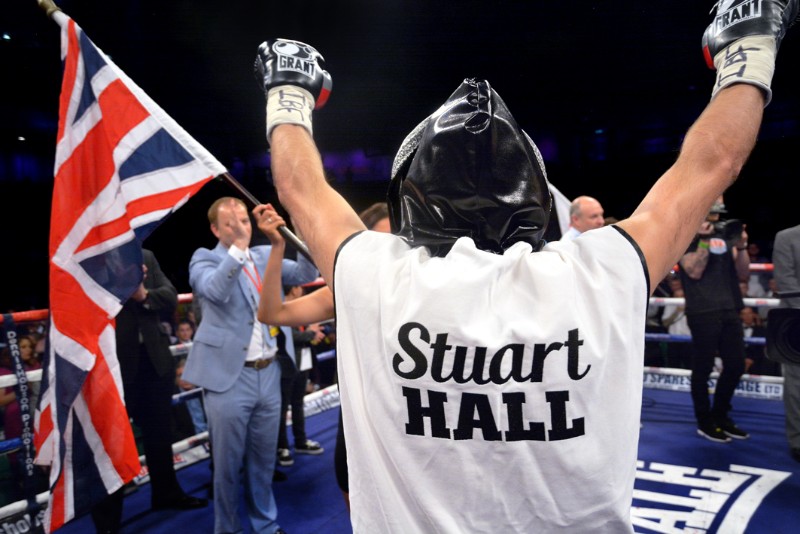 Darlington’s Stuart Hall has promised to repay the faith shown in him by promoter Dennis Hobson by becoming a two-time world champion.

Former IBF world bantamweight champion Hall lost his crown in his second defence after a split-decision reverse to Ellesmere Port’s Paul Butler in June.
With Butler subsequently moving down in weight, and Hobson beating off the purse-bid challenge from Stateside promoters Golden Boy, ‘Stuey’ will now face American Randy Caballero for the vacant title on home turf later this year.
“I’m so thankful to Dennis for what he’s done,” explained Stuart.  “He’s pulled it right out of the bag and got me home advantage, which is unbelievable.  When I fought [Vusi] Malinga to win the title and it ended up a war, the crowd really got behind me when things got tough.
“Going to America would have meant less time to prepare for the fight, because I think they [Caballero’s camp] already had their game set.  So Dennis has pulled it put of the bag and I’m going to return the favour and win that title back.”
Caballero will be a formidable challenge.  The unbeaten Californian has KO’d 13 of his 21 opponents and is seen as a future star ‘over the pond’.  Hall though is confident he will be reunited with the IBF strap.
“I’m confident.  He comes to fight and it’s going to be an easier night for me, I think.  I had to chase Paul Butler at times and it was hard to nail him down, but Caballero will be there [in front of me].
“I think they’ll underestimate me, because people do, but I’ll be more than ready for him.  I hope he brings his A-game because it’s going to be a really great fight.  It’s going to be a war.”
Keep an eye on dennishobson.com for future updates on Hall vs.Caballero.