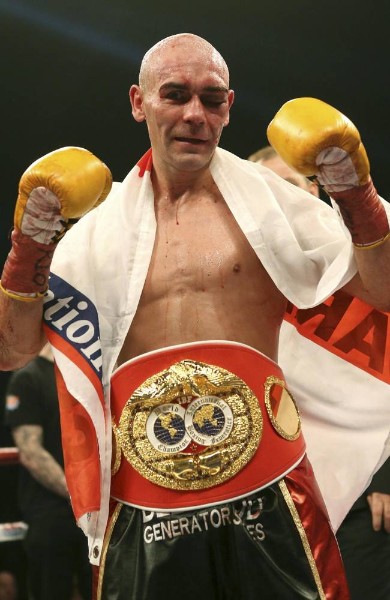 Darlington’s rock hard and experienced Hall puts his title on the line for the second time against a British challenger – in March he retained his title against Martin Ward on technical decision in round two after a clash of heads opened a cut above Ward’s eye – and is promising a devastating performance with a conclusive win against Butler.

“I’ve grown into being a world champion and I’m not letting my world title go.  Paul’s a good young fighter, but this opportunity has come too soon for him.  I’m too big and strong for him and it will show on the night.  I’ll never underestimate him, but I’ll guarantee that I‘ll be leaving the ring with the world title on the night.”  Said Hall

Ellesmere Port’s young unbeaten challenger Butler faces the biggest test of his 15 fight career, but is supremely confident as he heads into Hall’s North East territory and aims to take the title from the bigger, stronger, man in only his second fight at bantamweight.

Buter said, “Since I was 10 years this is the moment I’ve dreamed of and to be fighting a British fighter, who’s the world champion, and for his world title is fantastic.  I’m over the moon that the fight is in Newcastle, I wanted to fight him here in his backyard and beat him in his hometown in front of his own fans.  It’s going to be a cracking fight for the fans and the TV viewers on BoxNation.”