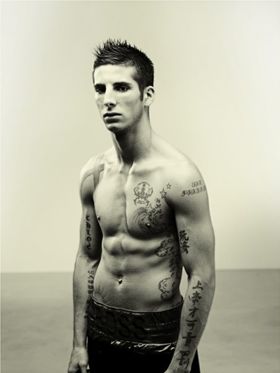 Burkinshaw, a British Army veteran and former second battalion infantryman, fought his way up the ladder at the 115lb/52.2kg weight limit, and capped his bolstering rise to the top with a fierce seventh-round body shot knockout over Mike Robinson.

This win, on the most sacred occasion of St. Georges’ Day, was excellent for Burkinshaw, who was on a real tear. He had become one of the most feared Junior Bantamweights in Britain, and was closing in on a world ranking. Everything came to a stop with a TKO defeat to Lee Haskins.

Afterwards, “The Boss” quickly rebounded, thrice turning in victories before hitting another bump, and this was Ross’ lowest point, at the conclusion of 2013, having only three fights in nearly the same number of years due to injury, and losing them all.

Recovery, rededication, and motivation lead a wholehearted warrior back to his natural habitat — the ring — through all of his endeavours, it’s one place where everything stays the same, but is uncomplimentary to any man looking for a walk in the park. This place suits his disposition.

In 2014, Burkinshaw has won three straight, and it is all or nothing heading into his 28th year. It’s not the toughest challenged his encountered, but one he’ll take on with a smile.

Now, it’s time to capitalize on his accomplishment, link together a few more crucial victories, and position himself in the title picture.

He’s faced larger tests than this, more inimitable than those produced in the ring, unstaged by promoters and irreconcilable by an exchange of fisticuffs. Of course, this is about something much different, more sovereign to the heart and soul than to the brain.

Sacrifices have been made, and lessons have been learned, while “The Boss” promises to entertain while focusing on keeping the tactfulness expected from someone of his stature in the game. Trainer Ryan Rhodes has been impressed by his improvements as a boxer.

He has no regrets or remorse for the fights he have taken. They taught him new things about the sport of boxing, and pointed out the changes he had to make.

Now, it may be Burkinshaw’s last chance to chase his dreams, and put them in the bag, with a belt around his waist.

As a loving father, husband, and valued military veteran, his tenor is not under dispute, but a personal bourn remains to be settled.

On the 13th of September, the comeback continues in perhaps one of the most must-win fights of his career. Defeat cannot be accepted for one of the best guys in boxing, for he is boxing in front of his home crowd in Sheffield, and needs to find his way back into championship contention, and in what better way can it be done?

Ross Burkinshaw would like to thank Dennis Hobson, a terrific promoter and friend who will help guide him to the top.