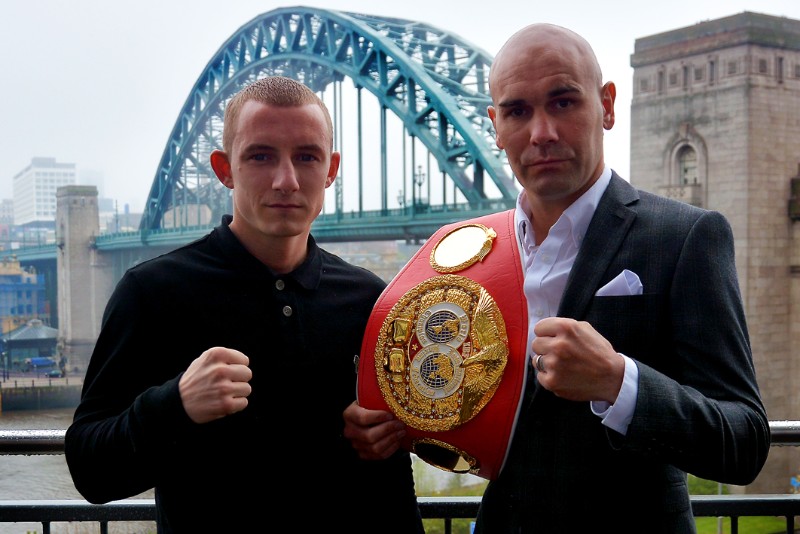 Hall on Butler: “He thinks he’s the bees-knees”

Ahead of their IBF world bantamweight title fight showdown, Darlington’s Stuart Hall has rubbished claims by opponent Paul Butler’s camp that he has been reluctant to fight the Ellesmere Port prospect.

In an intriguing Northeast versus Northwest encounter; champion Hall makes the second defence of his crown against Butler at Newcastle’s Metro Radio Arena on June 7.  And with friction between the pair evident, Stuart insists he cannot wait for the chance to silence his rival.

“I was holding out for more money,” explained Hall, whose first defence against Martin Ward ended early after the County Durham man sustained a bad cut.  “I’ve won the world title now and it’s all about trying to earn as much as I can for my family.  He also made it public before I’d even agreed the fight, and who is he to say he’s fighting me when I hadn’t agreed it.  So that’s all it was.  Of course I want to fight him; I’m not bothered about Paul Butler.  He’s an easier fight than [mandatory opponent – Randy] Caballero.”

Butler has mostly campaigned at super-flyweight where he has garnered rave reviews for his performances.  The unbeaten 25-year-old has knocked out eight of 15 foes and heads into the Hall fight claiming he came out on top in a previous sparring session between the pair.

Hall also has a very different memory of that earlier ring encounter with Butler.  The 34-year-old acknowledges Paul’s potential but says he will prove on fight-night that this chance has come too early for the ‘Baby Faced Assassin’.

“He thinks he’s the bees-knees.  He talks more than anyone in my whole career, so I can’t wait to get in the ring and start punching him and see how good he really is.  He is good, I’ve sparred him, but he’s been saying he handled me.  It was two years ago and back then I felt I had too much strength for him and his punches weren’t doing anything.  I’m not one for talking, I’m just happy to be in this position and fighting again for the world title.

“He’s shooting his mouth off and they can try and put me down all they want, but I’ll be ready on June 7.  As for the spars, he was sharp and half-decent but he didn’t bother me one bit.  And I felt, when I put it on him, a bit sorry for him.  A spar’s a spar.  Martin Ward sparred me and he thought he was going to deal with me, but he realised how hard I hit with 8oz gloves on, and if it hadn’t been for the head clash I’d have stopped him within four rounds.  I just cannot wait for this fight.”