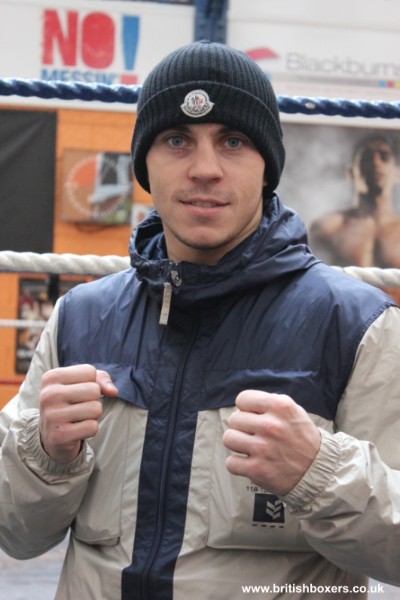 WANTED! A new opponent for Quigg

Scott Quigg’s recent bad luck, of opponents withdrawing looks to have struck again, with Shingo Wake ruling himself out of the November 22nd contest in Liverpool. Eddie Hearn has confirmed that Wake picked up an ankle injury in training last week, but he still has options on the table for a possible replacement.

Quigg has no opponent for November 22 & there’s an offer to fight Galahad a couple of weeks later for a LOT of £. Will common sense prevail

The WBO have confirmed that they have no intention of sanctioning a bout between long reigning cruiserweight champions Marco Huck and Johnny Nelson.  – “I want to clear up that the WBO has not received any request whatsoever to sanction a fight between Marco Huck and Johnny Nelson, and even if we did, president Valcarcel has made it abundantly clear that we do not intend to do so” said general secretary Jose Izquierdo.
.

Peter Fury has confirmed that his nephew Tyson Fury’s fight against Dereck Chisora is now finally signed, sealed and is on! “Tysons fight 29th V Chisora is 100% on. Also going to be Boxing on BoxNation regular in future.” Fury Tweeted.
.

Billy Joe Saunders attended the press conference  in London with Chris Eubank Jr, through Skype!. The 25-year-old British, European and Commonwealth champion defends his titles against the unbeaten Brighton prospect on November 29 at the ExCel London. – Eubank Jnr was in their to promote a bout he has before meeting Saunders, on October 25 at Livepool’s Echo Arena when he takes on Jez Wilson. However, Saunders gatecrashed the presser through video link software Skype, from his training camp in Spain.
.

Michael Katsidis insists that he’s far from finished as a fighter and intends on making a statement to the lightweight division when he takes on Tommy Coyle for the IBF International title at the Ice Arena in Hull on October 25. “I’m here to prove that I still have plenty left to offer – and there will be no questioning my future after Hull,” said Katsidis. “I’ve been over here for a while, settling in, getting comfortable in his backyard and ready to perform at my best on the night. I don’t know much about Tommy, but I know that he is in for a tough night on the 25th. Read more on this story here…

IBF and WBA world super-middleweight champion Carl Froch has hinted at retiring from boxing if he doesn’t get the dream fight he wants, a showdown with Mexican Julio Cesar Chavez in America. “If the Chavez fight doesn’t happen, there’s a strong chance of me retiring a happy man. If that right hand I threw that connected with George Groves’ chin in front of 80,000 people at the national stadium – if that’s the last punch I throw in my career, I will still be smiling.” read more on this story here
.