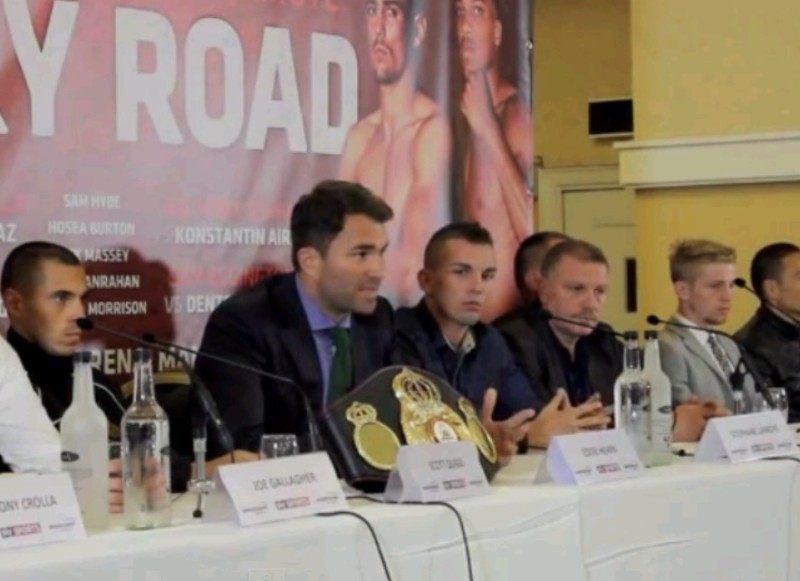 Quigg, 25, will be making the 4th defence of his belt and is determined to make a statement following Frampton’s magnificent win last weekend in Belfast when he scored a unanimous decision over Kiko Martinez to claim his crown.

A fight between Quigg and Frampton is the biggest fight in British boxing, two world champions at the top of their game, it would be some event and an even better fight, that one has classic written all over it and will reward these two warriors accordingly. All Quigg has to do is get past Jamoye, then a potential fight gets closer.

On the undercard to Quigg v Jamoye; Manchester’s Anthony Crolla the current WBO Inter-Continental lightweight champion, takes another step towards his own world title fight dream, when he steps up into International class again to face former WBC super-featherweight champion Gamaliel Diaz.

After mixing it up in the domestic scene and coming out on top over the last couple of years, beating Gavin Rees,  Stephen Foster Jr and John Murray, Crolla is in prime position to grasp his opportunity and a win over Diaz this weekend is imperative for his future ambition.

There are some good match-ups on the Manchester Matchroom promoted card named ‘Road to Glory and there are many others appearing on the show all on their own paths to fight game glory.

BB will be doing a ringside report on this show.